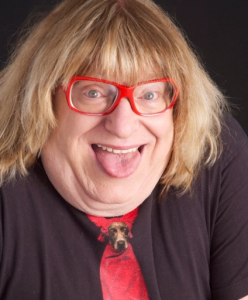 For Bruce Vilanch, controversy is a laughing matter.

Media Bids – Humane Society
The writer and comedian is bringing his one man show to The Rrazz Room in Coral Springs on Saturday and he has no plans to shy away from any of those traditionally taboo topics of polite conversation.

SFGN caught up with him on the phone while he hurried to finish up the script for the Producers Guild Awards last weekend. While the Producers Guild is incredibly diverse, he said, it’s also neither televised nor immune from the after effects of the controversy surrounding the Oscar nominations a couple of weeks ago.

“It’s Hollywood,” he said. “It’s the town industry and the city is full of people who don’t want to be branded as racist. It’s a lighting rod for publicity. Nobody understands the nominating process.”

Vilanch, who has also written 25 Oscars ceremony scripts, attributes much of the anger to “sour grapes from people who were eligible but not nominated. That makes it sound petty.”

“There’s certainly a problem in the industry and the Academy is trying to address it,” he explained. “We’re talking about art, not industry.”

He pointed out that while the 20 nominees in the acting categories were white, they were nominated by 1150 actors who are members of the Academy and still more diverse than the other branches, such as the writers and directors who also select the nominees in their professions.

“I’ve written the show 25 times and every year there’s something,” Vilanch said. “This issue just won’t go away.”

He also plans to talk politics. Not surprisingly, Vilanch is a proud Democrat:

“I’ll wind up voting for Hillary like everyone else with a brain. The Republicans are not an option,” he explained.

“They’re all such clowns. You don’t have to say anything, they write their own material,” he said with a hearty chuckle. “And there is Sarah Palin standing up and blaming Obama for her son being a lunatic. Imagine if Obama’s kids were as cracked out as hers.”

Of course, Vilanch will be armed with plenty of dishy Hollywood stories, too, although he warns he is not a conventional stand up comic.

“I’m a storyteller and I’ve been party to a lot of stories,” he again chuckled. “I was a child actor, you know. I never became a child star or we’d be talking from rehab. I love telling these stories about the behind the scenes in Hollywood and the ridiculous jobs I’ve had. It’s so hard to choose now.”

The Coral Springs appearance will be a homecoming of sorts. Vilanch’s grandparents lived in Miami Beach and he vacationed here as a child. Years later, his first job out of college was at the Miami Herald. His 95-year-old mother, who just passed away this year, was a snowbird in Boca Raton.

He sighed, “I’ve often thought maybe I could just pick up a little place there, but life gets in the way.”