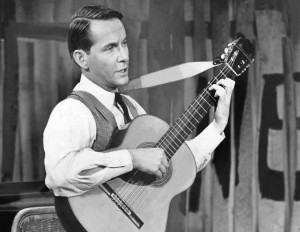 Will Holt, a songwriter whose lyrics for the 1970 musical “The Me Nobody Knows” were nominated for a Tony Award, and whose Latin-tinged folk song “Lemon Tree” became a musical signpost of the 1960s, covered by myriad artists and finding its way into advertising and the literature of the Vietnam War, died on Sunday in Los Angeles. He was 86.

The death was confirmed by his son, Courtney, who said his father had Alzheimer’s disease.

Mr. Holt spent much of his musical career creating theater projects. They included “The World of Kurt Weill in Song,” an Off Broadway revue that he conceived and performed with the Viennese soprano Martha Schlamme in a handful of different incarnations in 1963 and 1964. He also wrote a pair of one-acts, twinned under the title “That 5 A.M. Jazz,” and produced Off Broadway in 1964, starring James Coco. The first was a playlet in the form of a creation parable, the second a rhythm-and-blues musical set in a Las Vegas hotel suite. Another project Mr. Holt conceived and staged was a tribute to the theater music of Leonard Bernstein in 1965. “A Walk on the Wild Side,” a musical he wrote based on Nelson Algren’s novel of New Orleans, had its premiere in Los Angeles in 1988.

Mr. Holt’s first foray on Broadway — a 1969 musical called “Come Summer,” for which he wrote the book and lyrics — vanished quickly after unfavorable reviews. He had much better success in the 1970s, lending a significant hand to three well-received shows.

The first, “The Me Nobody Knows,” a surprise hit that began Off Broadway, was about city youngsters living in poverty and was based on essays written by New York schoolchildren. Mr. Holt’s lyrics, to a pop-rock score by Gary William Friedman that evoked both pain and hope, were all adapted from the ideas of the original child writers.

“I keep on knocking/No one is there,” Mr. Holt wrote for a plaintive chorus in “Let Me Come In,” a lyric that continues:

Windows are black, and the walls are all bare

I stand in darkness, followed by fear

Look through the window, give me some light

Though Mr. Holt failed to win the Tony (Stephen Sondheim did, for “Company”), the show ran on Broadway for nearly a year, first at the Helen Hayes Theater and then at the Longacre. He subsequently wrote the book for “Over Here!,” a 1974 musical about life on the home front during World War II, starring two of the Andrews Sisters, Patty and Maxene, and Ann Reinking. And in 1975, with the actress and singer Linda Hopkins, he conceived and wrote the show “Me and Bessie,” which starred Ms. Hopkins as the blues singer Bessie Smith and ran for more than 450 performances.

Mr. Holt was part of the folk-music revival of the 1950s and ’60s. His melancholy song about the passage of time, “Raspberries, Strawberries,” was a hit for the Kingston Trio. His most enduring song, “Lemon Tree,” was written in Chicago in the late 1950s for a nightclub act he was performing with Dolly Jonah, his wife at the time. The melody was adapted from a Brazilian song, “Meu Limão, Meu Limoeiro,” and it retained its samba-like lilt. Mr. Holt’s lyric tells of a father’s warning about the vicissitudes of love, invoking the title as a metaphor:

But the fruit of the poor lemon is impossible to eat.

Catnip for folk singers of the era (and others, subsequently), the song was recorded by Peter, Paul and Mary, the Kingston Trio, Chad and Jeremy, the Seekers and Trini Lopez. It was appropriated for a television commercial for Pledge, a lemon-scented wood furniture cleaner. And much later, in 1990, in Tim O’Brien’s celebrated novel about the Vietnam War, “The Things They Carried,” one passage testified to the song as an emblem of that era. The narrator recalls a soldier named Lemon, who had stepped on a booby trap and was blown to bits, his remains sprayed onto nearby branches.

“The parts were just hanging there,” Mr. O’Brien wrote, “so Dave Jensen and I were ordered to shinny up and peel him off.”

“The gore was horrible and stays with me,” he continued. “But what wakes me up 20 years later is Dave Jensen singing ‘Lemon Tree’ as we threw down the parts.”

Will Holt — that was his full name — was born in Portland, Me., on April 30, 1929. His father, William, was a doctor. His mother, the former Marjorie Scribner, who played the piano, was the musician in the family.

He attended Phillips-Exeter Academy and Williams College and studied with the folk singer and voice teacher Richard Dyer-Bennet. After traveling for a time in Europe — he found work in a Helsinki nightclub singing cowboy songs — he served in the Air Force. For much of the 1950s he performed in clubs in St. Louis, Las Vegas, New York and elsewhere.

Mr. Holt’s later stage projects included three shows with short Broadway lives: “Music Is,” a 1976 musical adaptation of “Twelfth Night,” for which he wrote the lyrics in a collaboration with the director and book writer George Abbott and the composer Richard Adler; a 1978 musical, “Platinum,” starring Alexis Smith as a film star of the ’40s and ’50s attempting a comeback as a rock singer, for which he wrote the lyrics and, with Bruce Vilanch, the book; and “A Kurt Weill Cabaret” (1979), in which he performed and also translated some of the lyrics.

Ms. Jonah, an actress, died in 1983. In addition to his son, Mr. Holt is survived by his second wife, Dion Alden, and two grandchildren.