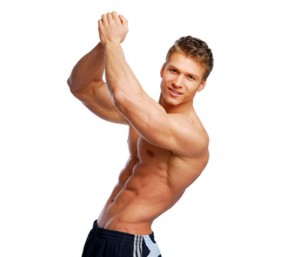 WEST HOLLYWOOD, Calif., Oct 27, 2011 (BUSINESS WIRE) — The City of West Hollywood in conjunction with Eleven, Revolver and Micky’s nightclubs will host the first ever Go-Go Dancer Appreciate Day by holding a Go-Go Festival and Street Party on Saturday, October 29, 2011 from 6 p.m. to 2 a.m. on Larrabee Street near Santa Monica Boulevard between Eleven and Micky’s. Several other West Hollywood area businesses will also participate in Go-Go Dancer Appreciation Day by holding special in-store events.

The Go-Go Festival and Street Party will offer guests a visual array of Go-Go dancers, choreographed performances of the Evolution of Go-Go; DJ Paulo Ramirez; and contests with prizes for Go-Go participants. The contests will be open to the public for any wannabe Go-Go dancers along with professional Go-Go dancers and will include categories such as Hottest Jock, Best Bootie, Twink, Best Package, Muscle Stud, and Amateur Go-Go Boy. To enter the contest, visit www.wehogogofest.com . A Grand Prize of $1,000 will be offered and celebrity judges include Bruce Vilanch, Leslie Jordan and Mayor John J. Duran. In addition, Eleven will host a choreographed show called “Evolution of Go-Go.”

The City of West Hollywood has a long history of being on the cutting edge of new artistic and musical endeavors. The Whisky A Go-Go, the first live music venue and the only surviving one to be inducted into the Rock and Roll Hall of Fame, opened its doors in 1964 and soon after launched a trend that would ultimately become the norm in clubs all over the world by suspending cages with Go-Go dancers from the ceiling of the club.

In the mid-1960s and the 1970s, the Sunset Strip became a major center for the counterculture as Go-Go dancers did their thing at the Whisky and other clubs along the Strip. In 1968, the first Groovy Guy contest was started as a marketing tool for the then newly-formed Advocate magazine and as a way to unite the Los Angeles gay community. By 1970, the contest had become so famous that The Advocate featured a Groovy Guy float in the first gay pride parade down Hollywood Boulevard and that summer’s contest was held at Ciro’s Restaurant (now The Comedy Store). The Groovy Guy contest ran in one form or another through 1991.

By the early 1970’s both the female and male Go-Go dancing phenomenon was part of West Hollywood culture and dancers have been appreciated on stages big and small at clubs across the City ever since.