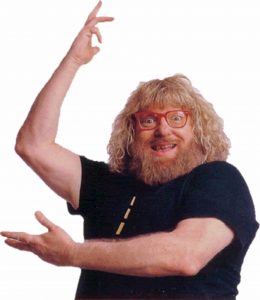 Tickets for the 11th annual Michael Childers’ production of One Night Only: Rodgers, Hammerstein & Hart, are now on sale. This star-studded musical production will be presented on Wednesday, April 25, 2018 @ 6:30pm, at the McCallum Theatre for the Performing Arts and benefits Jewish Family Service of the Desert (JFS). Since 2008, One Night Only has sold out has sold out quickly every year.

General admission tickets are $175, $95 and $75 and are available through the McCallum Theatre Box Office at 760-340-ARTS or online at www.mccallumtheatre.com. Limited sponsorships and VIP tickets (including premier seating and the after performance dinner with the cast at Acqua Bistro @ The River) are available through JFS at 760-325-4088, extension 118.

“One Night Only managed to be breathless, dazzling, humorous and emotional all at the same time. It’s perhaps the “show of the year” at the McCallum…!” Chris Foster, The Desert Sun

For over 35 years, JFS of the Desert has provided services throughout the Coachella Valley to those in need, regardless of religion, age, income, ethnicity or life style. JFS services and programs are made possible through the financial support of Jewish Federation of the Desert, Desert Healthcare District, the Weingart Foundation, the Auen Foundation, Kaiser Permanente and other gr grants and the generous support of donors. Most of the nearly 3,000 men, women and children served are from low income households. They rely on JFS for low cost mental health counseling, crisis intervention and food support. JFS provides isolated, homebound seniors with care, transportation and enrichment activities. JFS also offers counseling in local elementary schools. JFS is located in Palm Springs. For information visit www.jfsdesert.org or call 760-325-4088.