Time.com
Who To Blame If Anne and James Aren’t Funny At Tonight’s Oscars
Feb 27, 2011 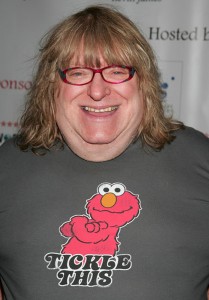 And we know who you’re thinking of. But it’s not Ricky Gervais.

Bruce Vilanch is the portly jokesmith who usually hangs behind the scenes â€“ though NewsFeed does fondly remember his laugh-out-loud Hollywood Squares run. Vilanch is the man who crafts the funnies that emerge from the celebs’ mouths. And this year marks the 22nd Oscars he’s helped write.

Though this year’s hosts were a curveball for Vilanch and his writing team. Anne Hathaway and James Franco are, first and foremost, actors. Each has done a comedic stint on SNL, and NewsFeed would consider both quite funny indeed. But for those behind the scenes, it’s a departure from past years, when Vilanch and Co. have curated jokes for David Letterman, Chris Rock, and Jon Stewart, to name a few â€“ all of whom are strong stand-up comedians.

So for Anne and James, the team had to modify their writing style. â€œI like that we don’t have to come out the first 10 minutes and score, you know, with joke, joke, joke,â€ Vilanch told the AV Club. â€œWe can open it in a more novel way and keep playing different pranks as we go through the thing.â€

Tonight, Vilanch’s aim is to help them â€œcreate a persona, a character they’re going to play on the night.â€ But that’s not to say there won’t be jokes abounding. â€œIt’s hard to ignore, you know, a girl who turns into a black chicken,â€ he says, referring of course to Black Swan.

For the record, Vilanch was not a fan of Ricky’s Golden Globes performance. â€œHe never hit funny. Making jokes about The Tourist is just not funny.â€