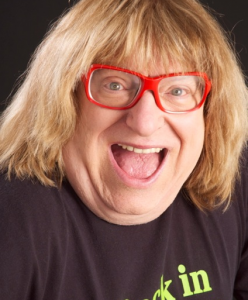 EAST HADDAM >> Don’t miss your chance to get the best seats for each of the five musicals during Goodspeed Musicals’ upcoming 2016 season. There’s something for everyone at Goodspeed this season. All aboard for the Cole Porter classic Anything Goes; from the composer of Annie, it’s Bye Bye Birdie, the musical comedy inspired by Elvis Presley and his draft notice into the Army; be charmed by the new musical Chasing Rainbows –the story of Judy Garland’s Road to Oz; experience an arresting new version of the Broadway hit The Roar of the Greasepaint – The Smell of the Crowd; and relive the spirit of the 60s in A Sign of the Times, featuring with the songs of Petula Clark.

“Anything Goes”: Set sail on a “de-lovely” cruise through some of Cole Porter’s most famous songs. A brassy nightclub singer, a starry-eyed stowaway and Public Enemy No. 13 are booked on a transatlantic luxury liner bound for romance and laughter. Hum along with an easy-to-love score packed with hits including “I Get a Kick Out of You,” “You’re the Top,” “It’s De-Lovely,” “Blow, Gabriel, Blow” and more! This tap-happy classic docks at Goodspeed for the first time. Anything Goes features Music and Lyrics by Cole Porter, Original Book by Guy Bolton, P.G. Wodehouse, Howard Lindsay and Russel Crouse, and New Book by Timothy Crouse and John Weidman. Anything Goes is sponsored by Chester Village West, Liberty Bank, The Shops at Mohegan Sun and Sennheiser.

“Bye Bye Birdie”: Put on a happy face! Army-bound rock star Conrad Birdie’s farewell appearance in Sweet Apple, Ohio is the talk of the town. But it’s a teenage crisis for new “steadies” Hugo and Kim: she just won the chance to give Birdie one last kiss before boot camp. Kids, parents and show folk collide in the Goodspeed debut of the hip-swiveling musical comedy set at the dawn of the sensational 60s. Bring the entire family to discover we’ve got a lot of livin’ to do! Bye Bye Birdie features a Book by Michael Stewart, Music by Charles Strouse and Lyrics by Lee Adams. Bye Bye Birdie is sponsored by Amica and Updike, Kelly & Spellacy, PC.

“Chasing Rainbows”: An awkward girl with a golden voice blossoms into Judy Garland in the inspirational new musical about the bumpy road to Oz. The future superstar’s complicated childhood comes alive with heartbreak, hope and the music that made her famous. “I Can’t Give You Anything But Love,” “You Made Me Love You” and “Over the Rainbow” sweeten the story of Judy striving to hold onto her family. A love letter to gifted underdogs who reach high—and how the dreams that you dare to dream really do come true. Chasing Rainbows features a Book by Marc Acito, Conceived by Tina Marie Casamento with Music adapted by David Libby. Chasing Rainbows is sponsored by ConnectiCare and Comacast.

Visit he Norma Terris Theatre in Chester and take in two unique musicals: In a world turned upside down, a rag-tag group relies on humor, song and dance to try to build a new life. But can show tunes and music hall merriment revive the human spirit? On the highway of life, hope is just around the bend in this arresting reinvention of the vivacious Broadway hit. Their world may have ended, but songs like “Who Can I Turn To?,” “The Joker,” “Feeling Good” and “A Wonderful Day Like Today” echo on, welcoming new love and another dawn. The Roar of the Greasepaint – The Smell of the Crowd features Book, Music and Lyrics by Leslie Bricusse and Anthony Newley.

1965. The pulse of a changing era lures Cindy from Middle America to the swirl of Manhattan. Unexpected friends, lovers, careers and conflicts are all a subway ride away in a pop-fueled new musical featuring songs made famous by Petula Clark and other hit-makers of the day. “I Know a Place,” “The Shoop Shoop Song” and “If I Can Dream” are among the fabulous favorites on an eye-opening ride from innocence to experience. Forget all your troubles, forget all your cares—go “Downtown” and find out who you are! A Sign of the Times features a Book by Bruce Vilanch, Story Created by Richard Robin.

Single tickets may be purchased by visiting the Box Office, open seven days a week at 6 Main Street, East Haddam, Conn.; by calling 860.873.8668; or on-line at goodspeed.org. Special ticket packages are still available: see three shows at The Goodspeed for only $108 or see all five shows for just $196. Contact the Box Office for details. Ticket cost may vary by performance; please call for current pricing. All prices are subject to change.

Under the leadership of Executive Director Michael Gennaro, Goodspeed Musicals is dedicated to the preservation, development and advancement of musical theatre and is the first theatre in the nation to receive two Tony Awards (for outstanding achievement). Goodspeed produces three musicals each season at The Goodspeed in East Haddam, Conn., and additional productions at The Terris Theatre in Chester, Conn., which was opened in 1984 for the development of new musicals. Goodspeed also maintains The Scherer Library of Musical Theatre and The Max Showalter Center for Education in Musical Theatre. Goodspeed acknowledges the support of United Airlines, the official airline of Goodspeed Musicals, and official auto sponsor Hoffman Audi. Goodspeed is supported in part the Connecticut Department of Economic and Community Development with support from the Connecticut Office of the Arts.