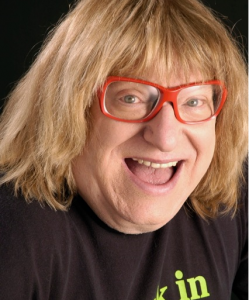 At the time, THR deemed the two hour special as an “inventive diversion that stood on its own merits”

On Nov. 17, 1978, the cast of Star Wars hit television screens with a holiday special that has been derided ever since it aired. Days after it premiered, however, The Hollywood Reporter reviewed the two-hour CBS show, saying that it “was a welcome surprise.” Read the original review below:

If the prospect of a two-hour Star Wars Holiday Special conjured up visions of “May the force be with you” repeated ad nauseam in your head, this show on CBS was a welcome surprise.

For the most part the special was [an] inventive diversion that stood on its own merits. The film’s stars, Mark Hamill, Harrison Ford, Carrie Fisher, Peter Mayhew, and, of course C-3P0 and R2D2, were on hand. However, the special effects were the real stars of the show.

Writers Rod Warren, Bruce Vilanch, Pat Proft, Leonard Ripps and Mitzi Welch devised a story involving Chewbacca’s family waiting for him to come home for Life Day, a kind of space-aged merging of Thanksgiving and Christmas. Since he’s late they fear he’s been imperiled by Empire forces, an accurate assumption, confirmed when Empire police search their home for evidence of rebel activity. All this gives Chewbacca’s wife a good excuse to contact the various Star Wars characters, and makes for a touching reunion when the big Wookiee returns home safely. The plot smacks of sentiments typical of The Waltons, but the time waiting for Chewbacca is filled with cleverly integrated musical numbers and amusing special effects.

Diahann Carroll’s sensuous number, “This Minute,” with original music and lyrics by Mitzi and Ken Welch, was by far the highlight of the show, incorporating some spectacular visuals. A fanciful dance number featuring miniaturized hologram creatures, choreographed by David Winters, was also very effective. The Jefferson Starship appeared in a rock number greatly enhanced by computer-generated lighting effects. Jeff Chang and Fred McKinnon handled the impressive lighting for the show.

Harvey Korman added humor as a handy cooking instruction and Art Carney provided warmth as a Santa-like shopkeeper. Beatrice Arthur sang her way through an overly long number in a bar full of bizarre creatures.