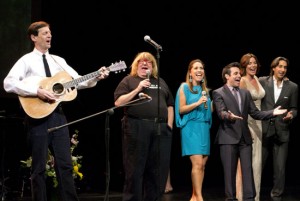 The evening, which served as a benefit for the Phyllis Newman Women’s Health Initiative, was directed by Richard Roland, with musical direction by Glen Roven.