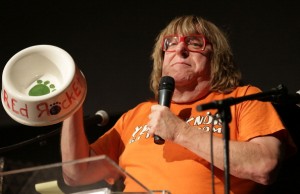 A Center Theatre Group spokesman said that each actor will play multiple roles in the production, except West, who will play Scrooge. Castellaneta will play Jacob Marley and other characters. West replaced Joe Flaherty, who left the production for “personal reasons,” according to CTG.

The show, a comical take on the Dickens classic, is written by Peter Gwinn and Bobby Mort, both of whom are alums of Second City and have written for “The Colbert Report” on Comedy Central.

CTG said that guest stars will “will drop in, one by one, for a special cameo performance,” in the production.