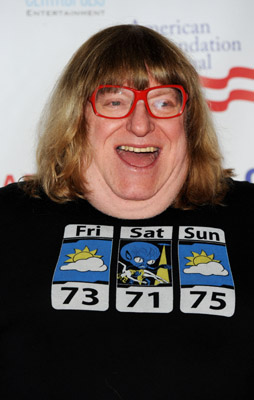 One of the most sought-after jokesmiths in the entertainment industry, Bruce Vilanch has become a recognizable face in his own right. Mr. Vilanch has written for The Tony’s, The Grammy’s, The Emmy’s, and just about every other award show to brighten your television screen. Known for his eclectic eyewear and collection of unique T-shirts he became an entertainment writer in the 1970’s. Vilanch began contributing to the Academy Awards telecasts in 1989, collaborating with the likes of Billy Crystal, Whoopi Goldberg and David Letterman, and graduated to head writer in 2000. He has roasted celebrities like Elizabeth Taylor and President Clinton. He also participates and volunteers at almost every charity function, especially those dealing with GLBT issues.