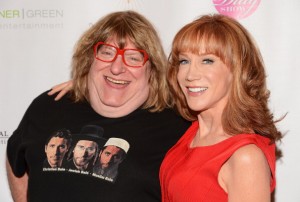 A young entrepreneur from Burbank, CA shows how his motorized vehicle suit can take you from walking to driving in an instant. Emmy Award-winning comedy writer Bruce Vilanch demonstrates how a virtual classroom designed by a Key West, FL entrepreneur can teach technology to Baby Boomers. Also, two grandmothers from Yelm, CA hope to make a sweet deal with their sugar free candy chips. And a man from San Francisco, CA tells the real estate-savvy Sharks how his search engine can find homes for sale that will provide high returns. In a follow up segment, Jeffrey Cohen gives an update on his Voyage-Air foldable guitar, a business the Sharks turned down in Season 1 — but he later returned to the Tank and made a deal with Kevin O’Leary — on “Shark Tank,” FRIDAY, NOVEMBER 9 (9:00-10:01 p.m., ET) on the ABC Television Network.

The Sharks in this episode of “Shark Tank” are Mark Cuban, Barbara Corcoran, Robert Herjavec, Daymond John and Kevin O’Leary.