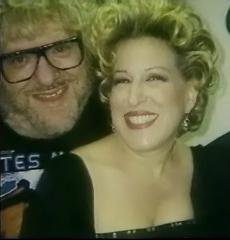 One of the funniest men alive, Bruce Vilanch is best known for his standard spot on Hollywood Squares and his starring role as Edna Turnblad in the Broadway and San Francisco productions of Hairspray, the Musical. TV audiences have been laughing for years at Bruceâ€™s writing for award shows like the Academy Awards Â®, comedy specials including Comic Relief and numerous Bette Midler performances.
Event Website