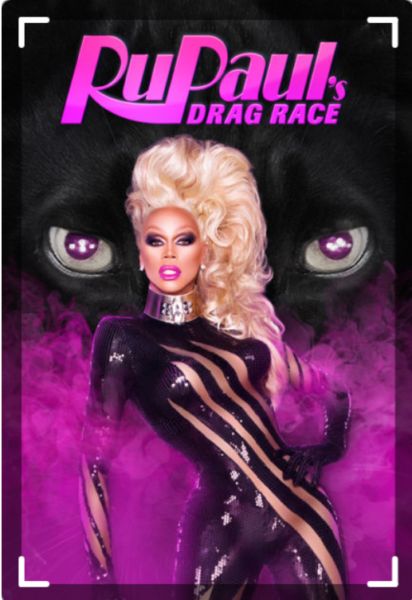 Fourteen more drag queens compete in a variety of challenges to become RuPaul’s next drag superstar and bring home a massive prize pool including $100,000.

I was really excited to dive into season six of RuPaul’s Drag Race because it is the season that features two queens I already adored — Courtney Act and Bianca Del Rio. Throughout watching the show, I thought that Bianca was marvellous, but (likely due to editing) Courtney spent most of her time in the background until the group had been thinned.

As the competition progressed, I found myself growing quite fond of the effervescent BenDeLaCreme and the quirky Milk. It was the season of the dairy queens! (I’m not even sorry.) But I found most of the rest of the queens to be obnoxious, grating or forgettable.

No spoilers, but I was thrilled when the winner was announced. I could not have agreed more. That’s all I’m saying, if you want to know then go watch the season. Or Google it. But mostly go watch RuPaul’s Drag Race seasons 2-4, All Stars season 1 then seasons 5-6. I’ll wait.

Once again, my personal favourite challenge throughout season six is Snatch Game. The celebrity impersonations ranged from brilliant to less than average, as they always do, but some of the stand out performances from this season should be required watching for any queens hoping to compete in future.

There was a good assortment of girls in season six and there is enough shade being thrown around to be entertaining, but only one queen’s shade really gets to be grating and stupid by the end of her run.

I love RuPaul’s Drag Race and season six has been one of my favourites so far. If you enjoy competition shows where the focus is artistic and don’t mind (or, like me, find entertaining) a smidge of clever cattiness, then I highly recommend bingeing all of RuPaul’s Drag Race in order before diving into its sixth season.