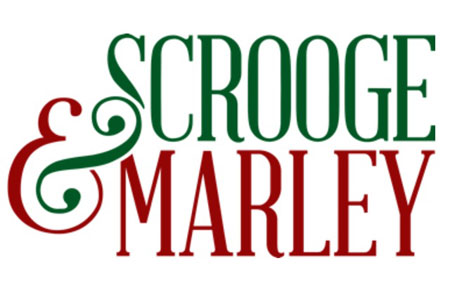 There have been many takes on the Charles Dickens‘ classic A Christmas Carol. Besides the many traditional remakes there have been cartoon versions, Americanized modern day tales, a comedy and even a version where the Scrooge character was female. So just when you were thinking that there is no way that this story could be made fresh and exciting, along comes the film Scrooge & Marley to put a new spin on things.

Scrooge & Marley is a holiday movie with something for everyone, comedy, drama…showtunes??? The story is faithful to the Dickens classic, but with a gay-friendly twist. Ebenezer “Ben” Scrooge (David Pevsner) is a mean, miserly nightclub owner who just happens to hate Christmas. He treats everyone like crap, has no friends and barely any family with the exception of a niece Freda (Rusty Schwimmer) who cannot stand him but reluctantly extends him an invitation to her Christmas gala at the request of her partner who wants to reunite them as a family. Naturally Mr. Scrooge turns it down in favor of the traditional anti-holiday repast of Chinese takeout and a night alone.

Well, Chinese food not only makes you hungry an hour later but in Scrooge’s case it also brings on a few spirited visitors, including a visit from his old partner Jacob Marley (former SNL regular Tim Kazurinsky) who has come to warn him of the unpleasant fate that awaits him if he doesn’t change his ways. A visit from the ghost of Christmas Past (Ronnie Kroell) brings back sad memories, including Scrooge being kicked out of his home by a homophobic father and the loss of a great friend and mentor Fezziwig (Bruce Vilanch) , and his one true love due to increasing greed. Visits from the ghosts of Present (Megan Kavanagh) and Future (JoJo Baby) are fairly predictable but done with sparkle and sass. Lessons are learned and the usual happy ending commences, and as Tiny Tim says “God Bless us one and all”.

Narrated by Judith Light (yes, Angela from Who’s The Boss) and set in our very own town of Chicago, Scrooge & Marley is a must-see for the holiday season and Count and I give it **TWO FANGS UP**

For more information and to purchase the film on DVD and Blu-Ray visit ScroogeandMarleymovie.com.