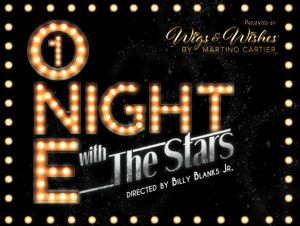 Tony Award winners Betty Buckley and Lillias White and original Rent star Anthony Rapp are among Broadway performers lined up to spend One Night With the Stars, a benefit for Wigs & Wishes, the charity that provides wigs and grants wishes to women and children who have lost their hair and are otherwise suffering from cancer.

Tickets cost $66 to $1,006. Net proceeds for the 7:30 PM concert will go to the Wigs & Wishes foundation, which was launched by celebrity hairstylist Martino Cartier.