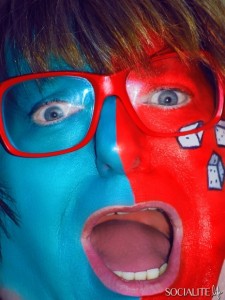 The International Myeloma Foundation (IMF) will hold its 7th Annual Comedy Celebration at The Wilshire Ebell Theatre & Club benefiting the Peter Boyle Research Fund and supporting the Black Swan Research Initiative (BSRI). Renowned actor Peter Boyle died in late 2006 after a four year battle with myeloma, an incurable cancer of the bone marrow and one of the fastest growing blood cancers in the world. Through laughter, the event honors Boyle and raises money for research to find a cure. More than $3 million has been raised thus far for the Peter Boyle Research Fund because of this annual event.

The Peter Boyle Research Fund has supported the International Myeloma Foundation’s research since the Fund’s inception in 2007. This year, the Fund is turning its focus to the groundbreaking Black Swan Research Initiative. Understanding that the search for a cure for multiple myeloma demands constant innovation, the IMF has launched the Black Swan Research Initiative, a unique project to develop the first definitive cure for myeloma. Led by a multinational consortium of leading myeloma experts, BSRI seeks to bridge the gap from long-term remission to a cure.

WHERE: The Wilshire Ebell Theatre & Club

Includes: VIP seating at the show as well as entrance to the pre-show cocktail party, silent auction, and post-show VIP reception.

Includes: Preferred seating at the show as well as entrance to the pre-show cocktail party and silent auction.

Includes: Admission to the show only. Seating is assigned based on date of ticket purchase.

To purchase tickets and for more information please visit http://comedy.myeloma.org