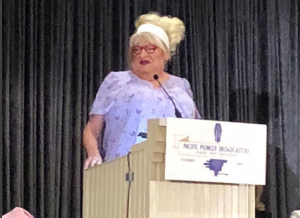 Actress, best selling author, wife, mother and grandmother… Loni Anderson is best known for her groundbreaking role as the “sexy-yet-smartest-person-in-the-room receptionist”, Jennifer Marlowe on the hit series “WKRP in Cincinnati”, for which she received multiple Emmy and Golden Globe nominations. Never off the air, WKRP can currently be seen all across America on ME TV.

Over the next three and a half decades, Ms. Anderson went on to star in five additional television series, seven feature films, eighteen television movies and two mini-series, along with scores of starring roles in television series and specials, plus a joyful and welcome return to her first love, musical theater. Her latest ventures include a comedy pilot, created and produced by Michael Patrick King (Sex and the City) and the second season of the hilarious series “My Sister Is So Gay.” 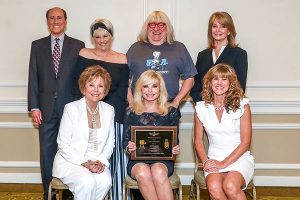 Ms. Anderson has shown a passionate lifetime commitment to raising COPD awareness with the National Lung Health Education Program. She also gives her time and commitment to The Race to Erase MS, Us Against Alzheimer’s and the American Cancer Society. Currently, she is the national spokesperson for Advantage Emergency Medical Response Systems.