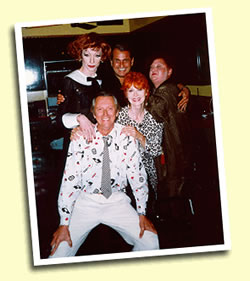 According to Mr. Vilanch, Andrew J. Kuehn “was a dear, dear friend of mine (and Bette’s) for decades.”

It must be noted for Bruce and Bette fans that Mr. Kuehn produced and directed the much acclaimed and popular documentry. “Get Bruce”, and he was responsible for the high voltage trailer for “Divine Madness” before it hit the theatres. I can still remember that…it even made my brother want to see the movie. My brother was not a Bette fan then, but he is a full fledged one now…and straight.

So my condolences go out to the family and friends of Andrew J. Kuehn. May he rest in peace.