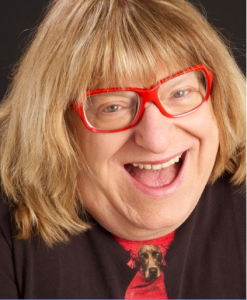 “Hard-boiled Broadway agents, tap-happy temps, and deliriously lustful in-laws raise a racket in this outrageous fun-fest filled with an exciting nod to the British music hall, a pair of celebrity-crazed theatre producers, and all-new material! Borrowing its name from what is considered the first American revue, The Passing Show puts a contemporary spin on the classic form,” according to press notes.