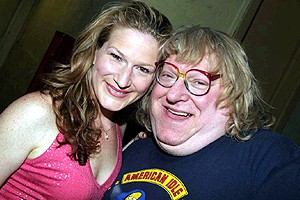 Hard to picture, huh? Well, that’s the idea behind the MCC Theater benefit Miscast, which was an evening of Broadway stars singing songs from roles they would never play.

One word: hilarious. The benefit was held Roseland on March 14. Take a look!