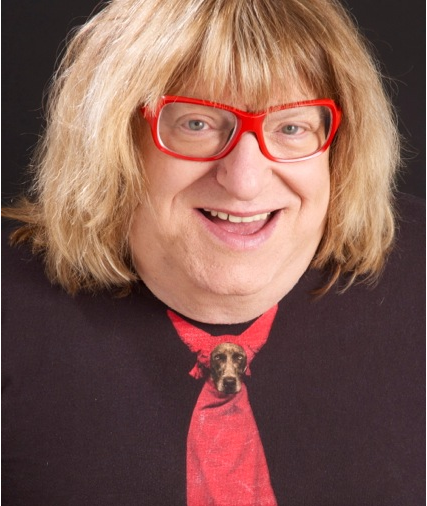 “I worked with Sonny and Cher, Sonny without Cher, Cher without Sonny, Chastity with a dick, Chastity without a dick….” said funny man Bruce Vilanch at the top of his 54 Below show. “For years, Cher thought I was Chastity.

“The last time I saw Cher,” he went on, “she said, ‘Vilanch, you fat fuck. You still in the business?’ I looked at her and said, ‘I like this face. Keep this one!’”

Vilanch—who’s written 23 Oscar shows and is also remembered for filling Hollywood Squares with rimshots—was wearing hot pink glasses over his own amazing features while also sporting a T-shirt that said “I Dumped Adele.” The fat fuck admitted that he was writer number seven (out of nine hard-working scribes) on the immortal film epic Burlesque, the one that gave poles a bad name. “Can you imagine it took nine of us to put that piece of shit together?” he intoned. And nine more people to see it, I guess!

But the roly-poly riot was more interested in making light of other people’s degradations. He related a story he’d heard about how Joan Crawford once peed on David Niven from above, while waving just to make sure he knew who she was. (I had no idea so many Oscar winners went to the Mine Shaft, lol!)

And Bruce also shared some horrors he’d witnessed personally, like:

*Bea Arthur accidentally slapping a wookie in the genital-looking face during the filming of the Star Wars Holiday Special and ad libbing, “I’ve never hit a man in the cunt before!”

*George Burns watching Pia Zadora in concert and moaning, “This is the worst thing I’ve ever seen.” “And he was 100,” reminded Vilanch.

*Mario Lopez being ditzy at a teen pageant Vilanch wrote. (“I’d dimple fuck him, but he’s not terribly bright up there.”)

*And when one of the beauty contestants messed up that night, cracked Vilanch, “Whitney Houston—who was alive at the time—called me and said, ‘I no longer believe the children are our future.’” With that, I almost got whiplash spinning my head around to look at Clive Davis’s reaction in the next booth, but his face didn’t move! Maybe it couldn’t. Still, I like it. He should keep this one.