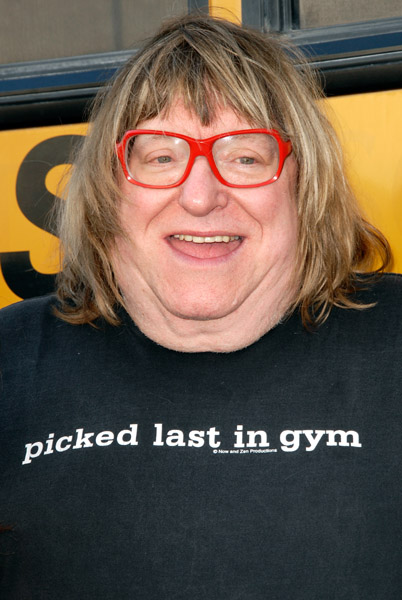 I recently got the chance to have a quick interview with Bruce Vilanch about his role in â€˜Going Down In LA-LA Landâ€™. Here, Bruce talks about the film and what his favourite holiday destination isâ€¦

Hey Bruce. Thanks for taking the time out to talk to me about your new film â€˜Going Down In LA-LA Landâ€˜.

Whatâ€™s the general plotline surrounding the film? I understand itâ€™s based on a novel?

It is! Itâ€™s about a tastefully endowed young gay man who comes to Hollywood to be a star and all the things that can happen to such a one.

Had you read the novel before you signed onto the project?

I had actually read the book years ago when it came out, as it were. There used to be gay bookstores and I would troll them for books and tricks. Now thereâ€™s Amazon and Grindr – (you might not have Grindr in the UK. itâ€™s a phone app that tells you were the other trolls are).

Heâ€™s a heavy blond pornographer loosely based on the legendary Chi-Chi La Rue, who is now a very thin friend of mine. Like all pornographers, he is into loose-fitting Hawaiian shirts.

How did you get involved in the project in the first place?

How would you say this film is different and unique to other comedies? Would you say thereâ€™s an inherent truth with what the film tries to say?

Anyone who has spent any time in Hollywood will nod knowingly as the story unfolds.

The film stars Matthew Ludwinski, Allison Lane, Michael Medico and John Schile â€“ with Casper Andreas onboard as director â€“ what was it like working with the cast and crew on-set?

They were a jolly group, I worked one day, (which happened to be the first day of shooting). There was a lot of nudity on the set, so nobody fell asleep.

Letâ€™s talk a bit about you Bruce. What made you want to get into acting in the first place?

Like most actors, I had an aching need to be someone else.

No offence, but only interviewers think in those terms. The most significant acting work of my life has been playing Edna Turnblad in â€˜Hairsprayâ€™ for a year on the road and a year on broadway. In movies, Iâ€™m usually a sight gag.

We should mention that youâ€™re also an accomplished screen-writer as well â€“ what tips would you give to anyone writing scenes or a full screenplay?

If youâ€™re going to write a comedy â€“ be funny.

If you could invite three guests to dinner â€“ (living or dead), who would you choose and why?

Living or dead eliminates vampires, but then so does â€œdinner.â€

What is your favourite holiday destination and why?

Hawaii, specifically Kauai, which is still more Hawaiian than American. Itâ€™s the nap capital of the world. you begin getting drowsy at the baggage claim.

I will be making my debut at Covent Garden in a revolutionary new production of â€˜Luciaâ€™ in which we lower all the keys. the following evening the Royal Ballet will observe me as I crack some nuts.

Thanks for the interview!

The dramedy explores what an aspiring actor can and will do to make it in Hollywood.