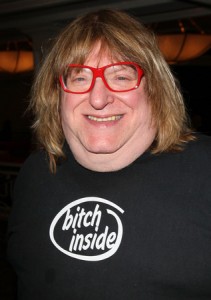 With less than a week until the only Broadway event custom-made for the gay and lesbian community, our friends and families, a limited number of tickets remain for BROADWAY BACKWARDS 7, which benefits Broadway Cares/Equity Fights AIDS and The Lesbian, Gay, Bisexual & Transgender Community Center.

BROADWAY BACKWARDS 7 will be held Monday, March 5 at 8 PM at Broadwayâ€™s Al Hirschfeld Theatre (302 West 45th Street). It is produced by Broadway Cares and benefits BC/EFA and the Center.

Tickets are available exclusively atÂ broadwaycares.orgÂ or by calling 212.840.0770, ext. 268. Prices range from $75 to $1,000, with additional benefactor packages available. This year also marks the introduction of the â€œBackstage & Beyondâ€ ticket package: a unique opportunity to watch the dress rehearsal, exclusive backstage access, a meet-and-greet with some of the stars of Broadway Backwards, premium seats for the show and more.

BROADWAY BACKWARDS began as a grassroots concert performed at the Center in 2006. In subsequent years, the event grew quickly, performing Off-Broadway at 37 Arts, followed by Roundaboutâ€™s American Airlines Theatre, Lincoln Center Theater at the Vivian Beaumont and last year at the Longacre Theatre.

The presenting sponsor of BROADWAY BACKWARDS 7 is Lifetime Networks, with the generous support of The New York Times and United Airlines.

Broadway Cares/Equity Fights AIDS is one of the nationâ€™s leading industry-based, nonprofit AIDS fundraising and grant-making organizations. By drawing upon the talents, resources and generosity of the American theatre community, since 1988 BC/EFA has raised more than $195 million for essential services for people with AIDS and other critical illnesses across the United States.

BC/EFA awards annual grants to more than 400 AIDS and family service organizations nationwide and is the major supporter of seven programs at The Actors Fund, including the HIV/AIDS Initiative, the Phyllis Newman Womenâ€™s Health Initiative and the Al Hirschfeld Free Health Clinic.

A beacon of hope for 29 years, the Lesbian, Gay, Bisexual & Transgender Community Center builds and supports our community through arts and culture, wellness and recovery, HIV/AIDS services, family services and life-saving youth programs designed to foster healthy development in a safe, affirming environment. The Center envisions a world where LGBT people will no longer face discrimination or isolation because of who we are or who we love. We offer a welcoming home to thousands of visitors each year and are committed to serving all LGBT people through a variety of programs, services and activities that are designed to meet existing and emerging needs. The Center is many things to many people. We invite you to experience our home at 208 West 13th Street in person and online atÂ gaycenter.org.