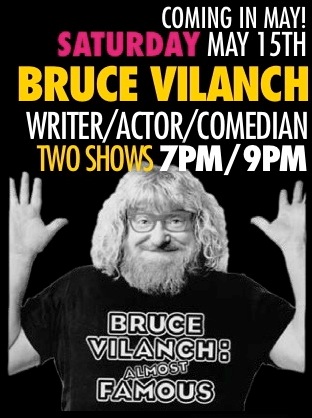 We Got Bruce! for two shows on Sat., May 15th. Bruce Vilanch is known for being Hollywood’s go-to guy for his gag writing for such comics as Billy Crystal, Lily Tomlin, Bette Midler and Roseanne.

He is also an hilarious actor who starred in the drag role of Edna Turnblad in “Hairspray” on Broadway and most recently in Adam Sandler‘s movie, “You Don’t Mess with the Zohan.”

Bruce is also the writer for such famous Hollywood/NYC award shows as the Oscars, the Grammys, the Emmys, and the Tonys.