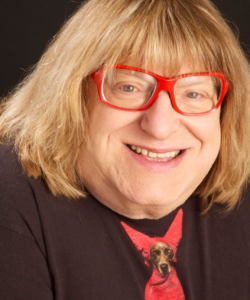 Kritzerland at Sterling’s Upstairs at The Federal presents its fourth anniversary show — THE SONGS THAT GOT AWAY III — on Sunday, September 7, 2014 at 7 p.m.

Bruce Merkle (McCoy-Rigby, Les Miserables; The Tonight Show with Jay Leno; Rules of Engagement, How I Met Your Mother.)

Bruce Vilanch (Primarily known as writer for a variety of celebrities, including Bette Midler, Lily Tomlin, Billy Crystal, and many more, he went to write for the Academy Awards, and scored acting roles in the film Mahogany, Bosom Buddies, Law & Order, his own one-man show, and starred on Broadway as Edna Turnblad in Hairspray after playing the role for two years in the show’s first national stage tour.)

For our 49th Kritzerland show, we celebrate our four-year anniversary of doing monthly shows. We began in September 2010 at the Gardenia. We moved to Michael Sterling‘s room at Vitello’s for only three months, before finding our new home here at Kritzerland at Sterling’s Upstairs at The Federal. As with our past three anniversary shows, this one is a potpourri – no theme other than the songs have been recorded by producer Bruce Kimmel on various albums that we haven’t gotten to yet or songs we weren’t able to include because of time. But it’s also the ten-year anniversary of Bruce Kimmel‘s hit musical revue, What If, so we’re celebrating that, too, by doing a few of its parody numbers. We’ve assembled an amazing cast, and have two great guest stars – Kerry O’Malley and the wonderful Bruce Vilanch. It will be an evening of wonderful songs, lots of humor and fantastic performances. As with our past anniversary shows, as our gift to our loyal and incredible audiences, this show will have no cover charge. These anniversary shows sell out in about ten minutes so don’t delay because when they’re sold out they’re sold out, although we will be taking a waiting list and usually we have no-shows and the waiting list usually does get in.

This show is likely to be jam-packed. We recommend early reservations. Don’t wait until the last minute!

The only way to reserve: 818-754-8700. Your phone reservation will be confirmed (usually a few days before the show). Dinner reservations: DOORS OPEN 5:30pm. SHOW STARTS 7:00pm! Reservations have already started coming in, and are highly recommended. FOR THIS SHOW ONLY: NO COVER CHARGE! $10 food minimum + $4 facility charge. Yes! You can eat dinner and see the show for only about $15!

Sterling’s at The Federal is located at 5303 Lankershim Blvd., North Hollywood, CA 91601. The Federal Bar is adjacent to the El Portal Theatre. The North Hollywood Stations for the Metrolink Red Line and Orange Line are directly across the street, north of Chandler on Lankershim. Parking is available — entrance for Federal lot
is on Weddington Street (directly behind the building) at $3.50. There is also available street parking.

For information about Sterling’s Upstairs at The Federal, visit: http://www.msapr.net/Sterling-s-at-The-Federal.html.