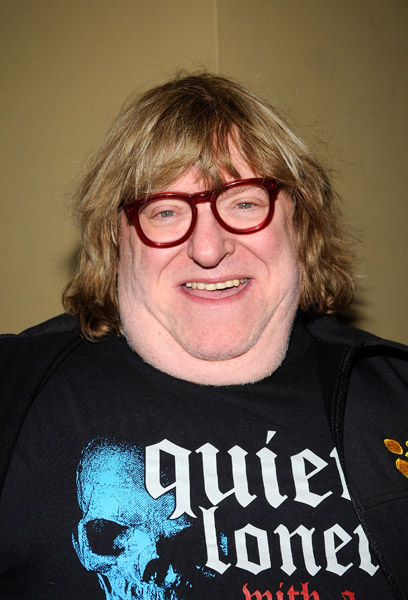 Krewe de Kinque is a fun fundraising social group that believes Mardi Gras is not just one week in the year; but rather the spirit of celebration continues all year long in the form of parties and fundraisers. Over the seven-plus years, Krewe de Kinque has raised thousands upon thousands of dollars for needy causes, such as the Katrina flood catastrophe and the Haiti earthquake disaster, to name a few.

The Krewe just completed their biggest fundraiser that they put on each year, â€œBal Masque,â€ which translates to â€œMasked Ball,â€ which was held at Trigger this year on March 5 in the Castro, featuring comic Bruce Vilanch as Grand Marshal. The theme was â€œStudio 69: a Night of Decadence and Dance,â€ which was the KdK takeoff on the notorious Studio 54 back in the decadent days of disco in the Big Apple.

That is exactly what happened on March 26 at CafÃ© Flore as KdK held â€œMasquerade,â€ a Mardi Gras party where they presented a $4,000 check to The Richmond/ Ermet AIDS Foundation. REAF raises funds for dozens of AIDS service organizations in the Bay Area by producing star-studded cabaret and musical performances all year long. Newly crowned King VIII Frank Vera and Queen VIII Garza handed over the Bal Masque VIII proceeds to REAF Executive Director Ken Henderson and REAF Board Members Joseph Seiler and Patrik Gallineaux. Stoli Ambassador Gallineaux then generously hosted an open Stoli bar for all the guests. Both Henderson and Seiler expressed their gratitude to Krewe de Kinque.

KdK also raised $220 with their raffle and performance tips that night.

Thanks went to the CafÃ© Flore staff for the use of the venue and appetizers and to King I Gary Virginia for the tasty midnight jambalaya and cornbread, which is official Mardi Gras cuisine.

Other Krewe members adding their color and support to the event were Queen I KC Dare, King VI James Holloway, King VII John Weber and his Queen VII Sister Dana Van Iquity, Empress Donna Sachet, and Grand Duke Carlos Medal. It was a special bonus to have Garzaâ€™s mother visiting from Peru in the audience all night as well. Everyone partied until way past midnight, having thoroughly celebrated another festive Mardi Gras occasion and ending with a rowdy conga line.

New members with the Mardi Gras spirit are always encouraged to apply. Check out sfkinque.com for information. Look for more KdK fundraisers in the future, including their infamous â€œFull Moon Partiesâ€ and bare ass contests where â€œsome lucky asshole will win a hundred dollars.â€