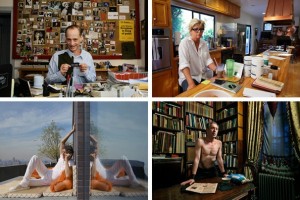 For over 15 years, Tom Atwood crossed the country photographing more than 350 LGBT subjects. The result is a book titled “Kings & Queens in Their Castles,” which offers a window into their lives (and homes).

When Tom Atwood decided to launch himself into fine art photography, it was mostly because he wanted to see a different image of gay men. Until not long ago, most photographic images of gay men fell into one of two categories: a display of the ravages of AIDS or a paean to the idealized, sexualized beauty of the masculine form (usually nude or in advanced stages of undress).

Atwood’s new book, “Kings & Queens in Their Castles,” offers an alternative view. His style, the photographer says, is a studied melange of portraiture and architectural photography.

“I try to challenge my subjects by showing as much of their environment as possible in the frame of the camera,” he says. “I also use a wide-angle lens and a wide depth of field so that both the subject and the background are in focus.”

Atwood, 45, a self-proclaimed autodidact, has no formal background in photography or art history. His approach was honed through trial and error and a passion for his subject matter.

“I started out photographing gay people at home because I am gay and knew a lot of gay people,” he says. “And I think a lot of gay men especially have a flair for design and live in some really playful places.”

Atwood’s subjects in “Kings & Queens” include more than 160 members of the LGBT community. They’re urban and rural, famous and anonymous, beautiful and plain, extraordinary and decidedly ordinary. His work, displaying an intimacy sometimes bordering on voyeurism, captures LGBT men and women in the process of living their private lives.

Some of today’s tumultuous social movements rely on a fair amount of identity politics. This book isn’t about that. Says Atwood: “I thought it would be interesting to photograph this group of people just in everyday moments since, for most people, their sexuality is a part of who they are, but it’s not the predominant part of who they are.”

Here are six of the book’s compelling stories: 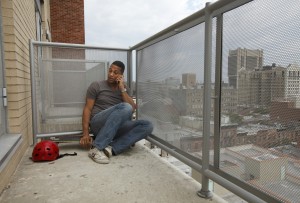 When Atwood arrived at Don Lemon’s Harlem home, the CNN anchor was getting ready to walk his dog. “He’s very friendly, very easygoing, very approachable,” Atwood says. “I realized he’s just a really a social person that’s part of a neighborhood.” He shot Lemon sitting on a skateboard on his balcony, his neighborhood as a backdrop. “I really wanted to shoot people in their everyday environment and show what their private lives are like rather than focus on their public images.” 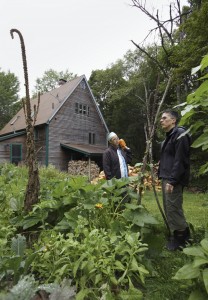 Atwood photographed the women in the garden of their Jericho, Vt., home. Holly Taylor, a self-declared “compost maven,” and Alison Bechdel, a cartoonist and the author of the Broadway musical “Fun Home,” live in the woods. “I love this photo,” says Atwood, himself a Vermonter. “I think it really shows a real Vermont sensibility in a number of ways. They’ve got a garden. They chop their own wood. They heat their house with wood.” 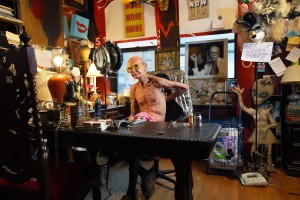 Considered a pioneer in the transgender and gay communities, Mother Flawless Sabrina ran a national drag pageant enterprise between 1959 and 1969 that put on shows across the country, culminating with an extravaganza in New York. The 77-year-old lives on Manhattan’s Upper East Side surrounded by a bevy of quirky possessions: a 1980s-era telephone with giant buttons, wigs strewn about, jewelry draped on an ornate desk. “She’s a female impersonator, which I guess is a little different from a drag queen, but don’t ask me the difference because I’m not sure I know,” Atwood says.

The former governor of New Jersey will always be famous for the 2004 news conference in which he publicly came out of the closet, his pained wife by his side. “My truth is that I am a gay American,” he declared. Today McGreevey is a Prius-driving resident of Plainfield, N.J., where Atwood photographed him, clad in shorts and a hoodie, pruning ivy in front of his house. “He did go through some difficult times,” Atwood says, “but he seems to be still happy and proud and willing to share his life through this book.” 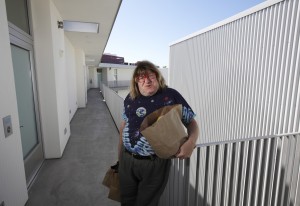 Loyal viewers of the television game show “Hollywood Squares” will surely recognize the unruly mop of comedian Bruce Vilanch, whom Atwood photographed ferrying groceries back to his West Hollywood apartment. “I think this is a fun shot because Los Angeles has a lot of outdoor/indoor living spaces,” Atwood says, and Vilanch’s apartment building has hallways that are outside rather than inside. 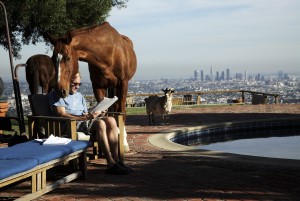 “I don’t think it’s that common to keep barn animals in Los Angeles,” Atwood says of the menagerie of pets that share the home of film director Randal Kleiser. “It was an otherwise suburban ranch house.” Kleiser, known for such films as “Grease” and “Big Top Pee-wee,” enjoys a spectacular view of the L.A. skyline from his swimming pool. “I like that there’s this strong light from the side in this picture and you can see a lot in both the foreground and background,” the photographer says. (Can you find BOTH horses?)