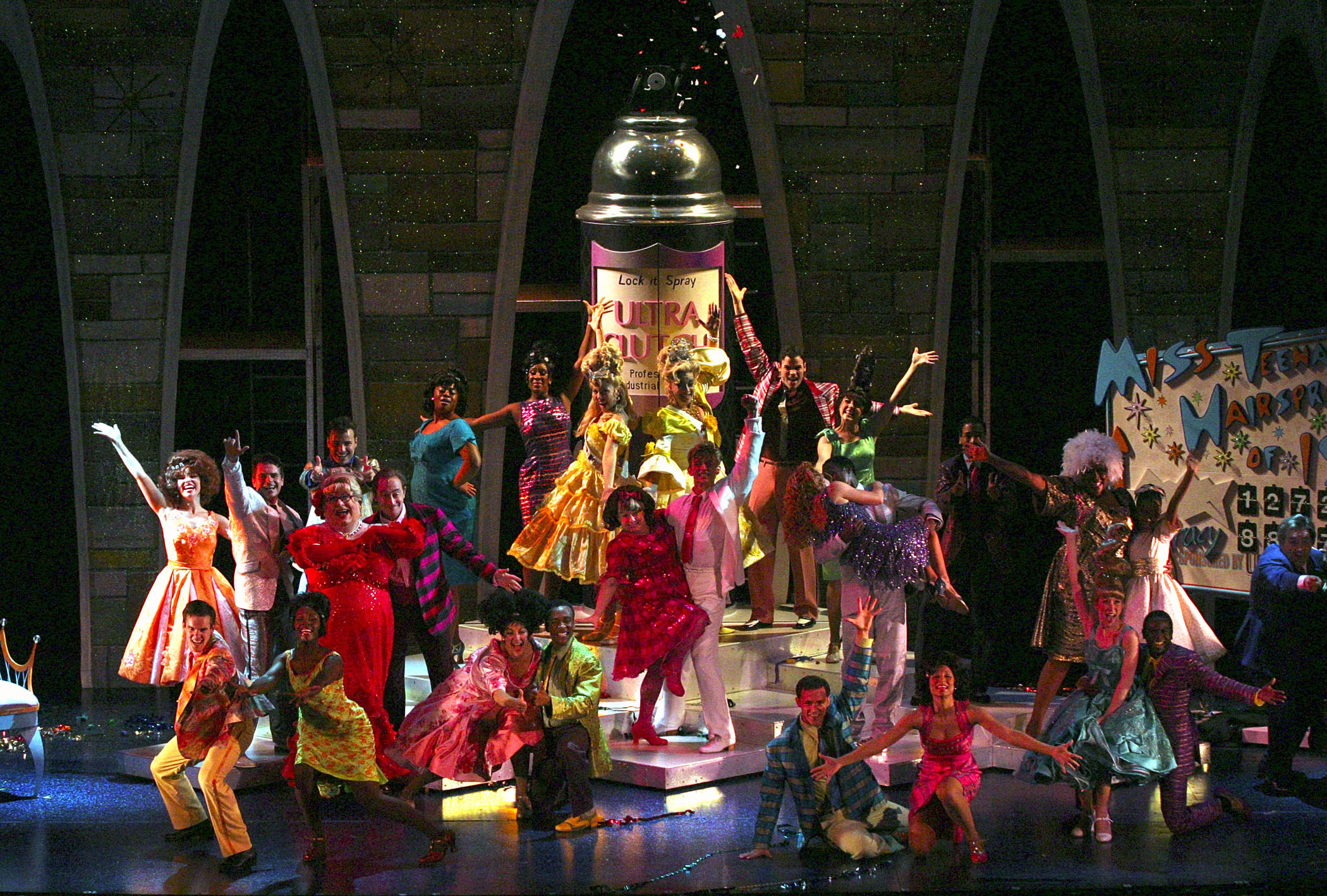 You have to forgive Bruce Vilanch for talking in one-liners. It’s what he has done most of his life.

You might recognize Vilanch’s human-Muppet persona from “The Hollywood Squares,” but the 55-year-old is best known for his work behind the camera. He has written gags for everyone from Bette Midler to Richard Pryor. Many of the jokes you’ve heard on the Oscars, the Emmys, the Tonys and the Grammys were penned by Vilanch.

Now, he’s stepping into the freakishly large high heels and fat suit required to play Edna Turnblad, the mammoth maternal figure in the touring version of the musical “Hairspray.” And the nylons. Don’t forget the nylons. This is what had Vilanch particularly worked up during a recent phone interview from Chicago, where “Hairspray” was sitting down for a nine-week run before coming to Minneapolis’ Orpheum Theatre.

“I think pantyhose were invented by some Nazi scientist. First the V-2 rocket and then pantyhose,” he said, in a tone that suggests he believes the destructive capacity of each to be about equal.

A friend of “Hairspray’s” composing team (Scott Wittman and Marc Shaiman), Vilanch first saw the show during its pre-Broadway tryout in Seattle. “I loved it,” he says. “Harvey (Fierstein, who created the role of Edna) was irreplaceable.” Six months later, he was called to audition for the role on tour.

“It’s a tough role to cast,” he said. “It’s hard to find very large men who are in touch with their feminine side, though I’m more in touch with mine than my therapist would like.”

Vilanch was chosen for the role, a job that cost him his dearest friend of 32 years — his wild, bushy beard. Learning how to be a 1960s housefrau wasn’t too difficult, Vilanch says. “I’ve done about 50 years’ worth of research for the role — growing up, I was surrounded by a lot of fat ladies who wore gloves and hats whenever they went out.”

But becoming Edna Turnblad is a physical challenge. Walking around in high heels and a fat suit trying to find a center of gravity is not exactly what they teach you in comedy writer’s school.

Fierstein has an offstage reputation for being the den mother of the Broadway company, a role that Vilanch hasn’t tried with the touring cast, a group of youngsters who, he said, “have spent most of their careers to this point playing cats or French revolutionaries.”

“I’m the one who doesn’t go out drinking at night because I’m too old,” he said. “So I suppose I’m setting some kind of example, but I have no idea what it is.” Vilanch’s contract with the touring “Hairspray” runs into September. After that, there’s been talk that he might graduate to the Broadway company. Fierstein will leave the cast this spring, and the show’s producers announced last week that Michael McKean (“A Mighty Wind,” “Laverne & Shirley”) would take over the role in May.

Vilanch’s advice for McKean and all future Ednas? “Start wearing heels the minute you sign your contract, so your calves can get used to them.”