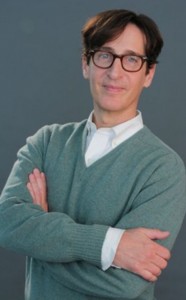 Ingeniously hysterically funny and sensitive television and film writer, Stan Zimmerman is hoping to present a new television comedy series entitled: “Silver Foxes”. Somewhat along the lines of the iconic “Golden Girls” sitcom, which he wrote and produced in 1985, “Silver Foxes” is a heartfelt scenario involving four older gay men living together in their later years and their dealings with the next chapter of life. Slated for a reading and possible portrayal of the characters are: George Takei, Leslie Jordan, Bruce Vilanch, and Todd Sherry of “Parks and Recreation.” Zimmerman and partner James Berg were responsible for writings of “The Golden Girls”, “Roseanne”, “Gilmore Girls”, and the film “A Very Brady Sequel”, as well as many others. They are currently pitching the new pilot “Silver Foxes” to various networks and trying to overcome some of the challenges regarding the show and the new frontier in television that it offers.

You’ve written for so many television series, what are some of the high lights?

My first big job was “Golden Girls”. I was staff writer on the first season. Before that we had done a few episodic’s. One of the big ones was the episode of “Fame” that Janet Jackson was in. It was actually the first time she sang on it, and it was a song from her first album. Debbie Allen directed it. I remember I was so excited cause I saw it I think at “The Revolver”, in West Hollywood when they would play music videos. I said, “that’s my show”. So we were lucky enough to get on the “Golden Girls”, they liked a script of ours. We pitched our little heart out, I still have some of the pitches somewhere. They weren’t buying any of them. We were literally at the door leaving, and I threw out for some reason: “What if Rose’s mother came to visit? “, and they said “come back and sit down”. We got the gig to write the episode, and we got to experience what it was like as the show unfolded in the first season. It changed the whole trajectory of my career.

I don’t know a person in the world that doesn’t know “The Golden Girls”, at least no one gay.

It’s really not just gay, it’s all ages and all types, and that’s what’s so frustrating about “Silver Foxes”, when I say it can have the same affect that “Golden Girls” has. So then it goes from the ages to the homophobia. Maybe they’re scared that four gay guys is not going to be able to attract a heterosexual audience. I don’t know when that’s ever been proven because it’s never been done.

What would happen if one of those guys hypothetically were straight?

My manager has brought up, what if he could get Michael Douglas or somebody to be in the show? Obviously I would love to have it all gay actors, and lesbians, because there are two power lesbians that live next-door. I mean if we can’t do it with this show, when can we do it? I mean that’s like saying when you’re writing a black show, can’t one of them be white? This is our show, this is the point of view we want to have. I have four gay man that are getting older, and who is your family, we’re all starting to get older, and what is our next chapter? For those of us that have survived the AIDS crisis, and are still living, after seeing most of our friends die…..I went to four funerals in one week…… You know a lot of us didn’t think we would be here. So now what happens? We have found most of our family and support groups amongst each other. I think that’s the story we would love to tell. How we band together in times of need, especially as you get older, you’re there for one another. I think it could be quite poignant, but also really, really funny. Jim Berg and I want to write from a place of honesty. It could be super funny but if it comes from a real place, it’s not broad silly humor. That’s why “The Golden Girls” still feels relevant, because it comes from a place of honesty. There was never a moment of not having the laughs but there was truth in it.

I can’t even get it read by a major network. It’s the age and the homophobia that is still there in Hollywood. It’s the fear, and it’s based on nothing, because there has never been an all LGBTQ show. It would be one thing if they said well we had one and it didn’t work, but they never had one. You can’t point to that, it is all based on fear.

Where do you think a good fit would be for the show?

I think the natural fit would be Hulu because they are streaming “Golden Girls”. That’s a huge success for them that’s even shocking them. I think Netflix is another good place because they are doing “Full House” and “One Day at a Time”. They are doing shows that are based on older sitcoms. I think Amazon would be another great place. Any place that does this, they are going to be rewarded, they will be the saviors of the show, and it’s going to get so much attention. There is nothing like this and there has never been. You can put a smaller cable company on the map, and get them a lot of attention. We are trying and it’s a lot harder than you think. A lot of people are not wanting to stick their necks out, producers or even agent wise, to push this through. We need someone to come in and push it through, or if enough people hear about it, and talk about it, or retweet it, you would think someone over there would be smart enough to say “let’s give it a shot”. I think that they would be more than pleasantly surprised with the reaction. It’s been crazy and so wonderful, the reaction, especially men of a certain age. They get very emotional about it because we feel that we’ve worked through this, and we got this, yet when something like this comes up, we still have to fight unfortunately. We still need to be out there marching, fighting and calling. I think that there are going to be pockets of people that are still very prejudiced but that’s why a show like this will show the world that we are dealing with the same issues. We want to be loved, we deal with health and getting older, and what we want to do with our lives, and how do we maintain relationships? Those are all universal themes. It just happens to be through the eyes of these four men.

You were just on The Jimmy Star Show With Ron Russell. Jimmy Star is a big fan of yours and we think you should use his husband Ron Russell on the show. He’s a true silver fox. He’s 77 years old and still hot.

We would love to show all ages and all types on the show which would be so great through the guest stars that we plan to have. Like on “Golden Girls”, we will have all their families come and go. The George Takei character was married. We have his ex-wife, his daughter, and his granddaughter. We thought it would be great to have a granddaughter run away to their house in Palm Springs for an episode. We thought she could be sexually fluid, and deal with all of that and what that means from the point of view of these older guys.

Are there any other projects that you are currently working on?

I created this play in the vein of “Vagina Monologues”. It’s dealing with suicide notes. A very good friend of mine took his life five years ago so I created a play using real notes from Kurt Cobain to war veterans to LBGT. We’re going to have a big benefit in the middle of October to raise awareness not only for suicide prevention but ultimately I want to create like “Vagina” Monologues” where people can license the play and it goes back into suicide prevention.