Bruce Vilanch, mastermind behind the Oscarâ€™s night laughs, calls his quarter-century as one of Hollywoodâ€™s most hilarious staples largely luck. The industryâ€™s love for eccentricity has allowed the star to be outrageously â€œoutâ€ and still succeed.

Now Vilanch â€” who has appeared on a wide array of television shows and starred as Edna Turnblad in the Broadway adaptation of Hairspray â€” uses his unique wit and humor to fight HIV/AIDS. He returns to San Francisco August 5 for Help Is on the Way XIII. The star-studded Richmond/Ermet AIDS Foundation (REAF) fund-raiser brings such Hollywood luminaries as Law & Order star B.D. Wong, Xena: star Lucy Lawless and, of course, Vilanch to the Cityâ€™s Palace of Fine Arts.

In this interview, Vilanch explains why REAF performs a particularly valuable service to the community. In addition to touching on the ongoing seriousness of the HIV/AIDS epidemic and questioning healthcare in America, the comedic genius takes time to poke fun at good friend Leslie Jordan and Mayor Gavin Newsom. 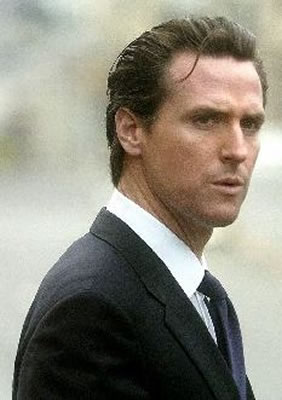 (Bay Times) You are coming back to San Francisco for Help Is on the Way XIII?

(Vilanch) I am! August 5 at the Palace of Fine Farts. (Laughing.) Last year, Leslie Jordan and you had me in stitches.

Oh, I just adore Leslie! Heâ€™s hysterical. Heâ€™d just come off his Emmy win for Will & Grace, so he was the tallest heâ€™s ever been.
Which, quite honestly, is still pretty short!

Exactly. Knee-high. I wish we were back in that theatre. The Palace of Fine Arts is wonderful, of course, but last year it was like having the audience all around you. Itâ€™s that thrust stage.

Iâ€™ve never actually been to the Palace of Fine Arts for a show of this nature.

Itâ€™s beautiful. Itâ€™s absolutely beautiful. Weâ€™ve done the show there a number of times. I just loved last year performing atop Nob Hill, where I could walk out the stage doors and look out at the view and say, â€œSomeday Iâ€™ll own this town!â€ You could do it from that height.

What keeps you coming back to Help Is on the Way?

Itâ€™s a very worthwhile endeavor. It raises money for the Richmond Ehrmet AIDS Foundation, which is a clearinghouse for raising money for lots of smaller charities that canâ€™t afford to stage these big fundraisers but which need the money. The money from this can go to a small charity and cover a tremendous amount of their annual . . . nut, if thatâ€™s the word I want to use. Itâ€™s very worthwhile. And, of course, itâ€™s always worthwhile to do anything which points out that AIDS has not gone away. Thereâ€™s still no cure. The drugs people take to forestall the progress of the virus cost a fortune and a lot of people canâ€™t afford them. They need supplementary help. Itâ€™s all those things. There are a lot of people competing for the philanthropic dollar. Itâ€™s important to keep reminding people weâ€™re still there.

You mention how costly HIV drugs are. Itâ€™s impossible to believe those medication genuinely cost so much to produce.

Pharmaceutical companies are in business for a profit. It costs a tremendous amount to develop these drugs. They pass it on to the limited â€“ thank God â€“ group of people who need them. Itâ€™s the way itâ€™s structured. Itâ€™s not perfect. (Pause.) Look, weâ€™re no the first people to note that the healthcare system in America is bizarre.

Do you particularly enjoy performing for San Francisco audiences?

Yes. Itâ€™s a smart town. Theyâ€™re very hip. They keep up on things. Itâ€™s also great because the city has its own peculiarities which are quite exploitable.

I figure if I go up there enough times, Gavin Newsom will eventually work his way through everybody in town and get to me.

Itâ€™s true! You are blond, and he seems to have an affection for that these days.