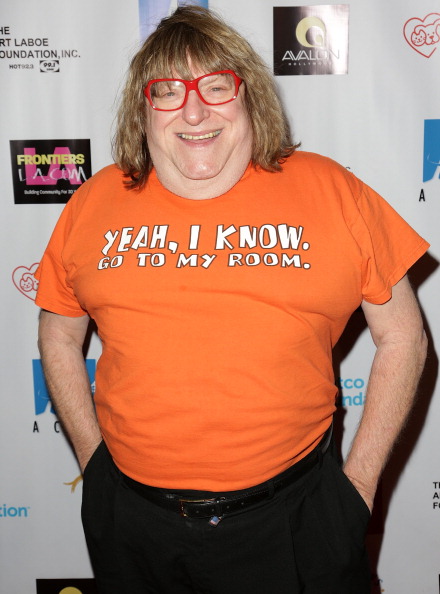 CHICAGO – Bring up the immortal classic “A Christmas Carol,” by author Charles Dickens, then bring up how many film and TV versions have been done using its basic story. After a half hour of listing every conceivable production, a gay version won’t be found. “Scrooge & Marley” is the new film that takes care of that category. The premiere was last week in Chicago at the Music Box Theatre.

HollywoodChicago.com: You seem like you were born to play a party coordinator like Fezziwig. What impresses you about his character in the source novel that you wanted to make sure was in this version of the story?

Bruce Vilanch: I viewed him as being crazy, over-the-top and flamboyant, at least as far as Dickens could go with that character back then, and it seemed to coincide with what the writers did in this movie. My Fezziwig spends a lot of time in the 1970s, when it seemed like everyone was having a party, and he was the party provider. [laughs] It was a nice match.

HollywoodChicago.com: Which line or piece of written material first got you noticed as the joke writer that eventually got you backstage at the Academy Awards?

Vilanch: I started writing with Bette Midler, having met her in Chicago at Mr. Kelly’s nightclub, and my reputation grew as she started doing more. I don’t know if it was one single line, but I remember I sold Johnny Carson a one-liner a long time ago. There was a football player named Lance Rentzel in the 1970s, and he was arrested for exposing himself. So the joke was ‘it was cold today…how cold was it?…it was so cold that Lance Rentzel stopped me on the street and just described himself to me.’ It got me a lot of notice, and I started writing more jokes for him and other people. So I’ll use that line as a first.

HollywoodChicago.com: What was the most controversial line you’ve ever written, who said it and what was the circumstance and setting?

Vilanch: I can’t think about the specific line, but I was involved when Ted Danzig did blackface at Whoopi Goldberg’s Friars Club roast. It was Whoopi’s idea, and Ted went along with it because their relationship at the time was ending, and they both thought it would be a good way to put a period on it. It was wildly controversial.

HollywoodChicago.com: Finally, if you had to write a saying on one of your famous tee-shirts that best describes this film, what would that line be?

Vilanch: We put the ‘dick’ back in Dickens. [laughs]