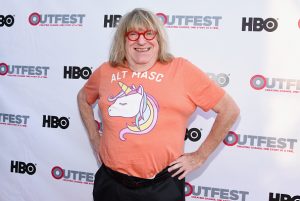 The actor, who also originated the role of Nina Rosario in Lin-Manuel Miranda’s earlier musical In the Heights, will perform 7 PM, January 14, at Feinstein’s/54 Below as part of the club’s Bright Stars of Broadway showcase, singing numbers from her album as well as signature songs from In the Heights and other shows in which she has appeared.

Gonzalez will also sing and autograph copies of Fearless at 7 PM, January 22, at Barnes & Noble, 150 East 86th Street in Manhattan.

The title song of Fearless was written for her by Miranda. She performed her solo cabaret show at the Café Carlyle in New York City in fall 2017.

Gonzalez has also been seen on Broadway in Wicked, Aida, Dance of the Vampires, and Lennon. On screen, she is known for her recent recurring role on ABC’s Quantico as well as on CBS’ Madam Secretary. Gonzalez won an Obie Award for her performance in the Off-Broadway musical Eli’s Comin’ , based on the music and lyrics of Laura Nyro.