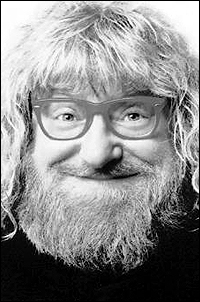 Bruce Vilanch, the writer and personality who will play Edna Turnblad in the national tour of Hairspray, will have his signature bushy blond beard shorn on “LIVE with Regis and Kelly” July 24.The TV morning talk show airs 9 AM on Channel 7 in the New York City market. Check local listings for time and channel in your area.

Vilanch will discuss the upcoming tour, in which he’ll play a Baltimore hausfrau transformed into a fabulous matron in 1962. The tour launches Sept. 9 at the Mechanic Theatre in Baltimore.

No grand transformation is expected on the TV show. Don’t expect Vilanch to slip into the Tony-winner William Ivey Long’s Turnblad costumes.

Vilanch, whose rotund and hirsute face has been compared (by him) to a Muppet’s, begins rehearsals for the national tour of the 2003 Tony Award winner July 28. Vilanch is with the tour as Edna Turnblad only through July 18, 2004.

A bigger-than-life personality as a writer and comic who has served as a writer for the Oscars, Emmys, Tonys and Grammys, Vilanch was previously announced to play Edna Turnblad, a role created in the Broadway run by Harvey Fierstein, who won a Tony Award for his drag turn.

He is author of the book, “Bruce! My Adventures in the Skin Trade and Other Essays,” and was the subject of a documentary film, “Get Bruce!” He has performed a one man show, billed as a “bio comedy,” in engagements around the country.