Mister D: This shows you how out of touch I am with my own community. I had no idea it was GLBT History Month. Also in Nashville, I saw they added TWO or THREE more letters to GLBT…I can barely remember what the GLBT means. Anybody else seen this happen. I remember one of the letters was “Q” I think I can get that one…. anyway, here is a great essay from Bruce…. 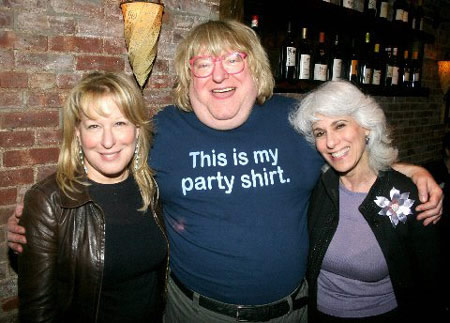 Gay movie history can be divided into two eras: before AIDS, when straight people rarely made movies about anyone gay, and after, when gay people couldnâ€™t stop making movies about ourselves.

Back in the studio period, which ended for gay purposes in the 80s, They made a handful of movies about Us.

When the flood of independent production began taking over what used to be Hollywood and moved it to Soho, Sundance and Vancouver , We became Us and you just couldnâ€™t stop Us.

The means of production quite literally transferred from a small group of individuals with an agenda of protecting the status quo to a larger group of folks who werenâ€™t worried about how something would play in Peoria or Paris or Penang.

Word had it there were gay people in those places, too, and it wouldnâ€™t take too many of them to show up for your indie feature to turn a profit.

Needless to say, the world changed.

Before: the occasional movie in which gay people were campy, creepy or suicidal (sometimes all three). After: lesbigay film festivals cropping up wherever you looked.

Before: a studio searching for something Adult or Meaningful or Controversial to throw into the mix once every other blue moon.

Iâ€™ve always enjoyed reading about the history of homosexuality in movies. The most famous tome on the subject, written by my late friend Vito Russo, is called the Celluloid Closet, and the title pretty much sums up the only point-of-view that could be had back when Vito wrote it more than twenty years ago.

Anything about Us that you saw in a studio picture was something that had been sneaked in under great duress and with maximum sturm und drang.

Occasionally coded moments, like Cary Grant in drag announcing he suddenly felt very gay, were few and far between, although there was no shortage of stereotypical nelly queens like Franklin Pangborn (who made twinkle eyes at W.C. Fields) or Edward Everett Horton (Fred Astaireâ€™s best buddy in the plot of every musical made at RKO).

Bull dykes made rarer appearances, but they were rarely as memorable as Hope Emerson as the prison matron in CAGED, telling the warden to bring in the new arrival by announcing, â€œPipe in the new fish!â€

Standard-issue old maids like Margaret Hamilton, Agnes Moorehead and Nancy Kulp were more prevalent, but nobody ever made any sort of actual sexual contact of any kind.

Things began loosening up in the 60s, of course, and homos were now free to suffer nobly on screen, partially for shock value and partially because homosexuality was a crime and crime did not pay.

So Rod Steiger got to gnash his teeth through the sergeant, and Dirk Bogarde got to endure blackmail in Victim, and Marlon Brando got to whip some kid in reflections in a golden eye, and practically everyone got to commit suicide when their dark secret was revealed, right down to Shirley Maclaine in the Childrens Hour.

That was the saddest one of all as far as I was concerned, because she had to kill herself without ever getting a slice of Audrey Hepburn.

In other movies, the kamikaze â€˜mos at least got their rocks off before they crossed the river Styx. Poor Shirley never even got the hair of the pie what bit her.

Hard to top: Al in the park, asking a prospective trick, â€œLips or hips?â€

Gay moviegoers were finding their voice, and the picture got bombarded with protest.

Many of the same people who loathed Cruising got all worked up over Making Love, the first studio picture about a gay romance (and how it broke up a straight marriage), but mass audiences didnâ€™t flock to it.

On the other hand, the French farce La Cage Aux Folles became the largest â€“grossing foreign-language picture in America up to that time, spawned two sequels, a Broadway musical and an American remake (The Birdcage), but still some gay people vocally protested the depiction of a couple of old queens raising a strait-laced straight son as not representative of modern gays.

This was before We decided to get married, join the military and have children. Quite a few more people might see themselves in that movie now. But they donâ€™t have to bother, because the independent film market has become choked with movies about the gay experience as it is lived by every possible facet of our incredibly diversified community.

If you donâ€™t see yourself, youâ€™re just not looking.

I saw a movie at the Philly festival about teenage Australian skateboarders who were guess what? You got it â€“ flute players, and I speak in musical metaphor for the greater good.

There are movies about gay Mormons, gay bank robbers, gay cowboys (pardon me, sheep herders). Anyone with a handheld video can make a gay movie and see it accepted by one festival or another. soon weâ€™ll be seeing a whole generation of movies made on cell phones. And people in theatres still wonâ€™t shut theirs off to watch.