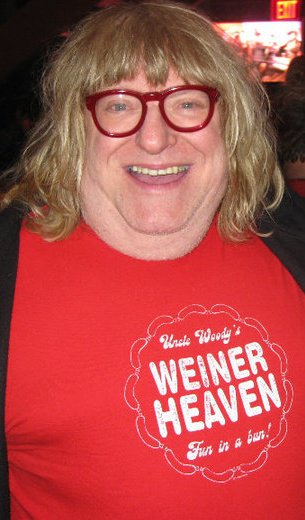 Five screenplays with GLBT themes or characters have been named finalists in the first Great Gay Screenplay Contest sponsored by Pride Films and Plays, and will be performed as staged readings in the Great Gay Screenplay Weekend on November 20 and 21 at the Center on Halsted. PFP’s Executive Director David Zak says “It has been a fantastic first year for this contest, and I know audiences will thoroughly enjoy getting to see these works performed live.”

The five finalists are:
Bethlehem by Chris French,
Detasseling by Tom Hietter,
The Queen of Harts by Gary Polston,
Skirt by Chris Mason Johnson and Kate Stayman-London,
and The Trouble With e by Louise Wadley.

The final five screenplays have been sent to our panel of judges including Billy Cogan from Here, Anthony Rapp, Billy Masters, Bruce Vilanch, and theater and film professionals from across the country who will select the Juried Winner.

The screenplays will be performed in an A and B Program, and people attending both programs will be eligible to vote for the Audience Favorite Award. Both the winner chosen by the reading panel, and the audience favorite, will be announced at the conclusion of Sunday night’s program.

Tickets for each program are $10 or $5 for students or industry professionals. A Screenplay Weekend Pass may be purchased for $15. Tickets may be bought on line for Program A, Program B, or the weekend pass, or by calling 1 800 838 3006.

The performance schedule is:

The Trouble With e by Louise Wadley, Sydney, NSW
Beautiful, sexy DJ e seems to have it all, but looks are deceiving. Stumbling on a stash of cash, e goes on the run. To stay alive, e has to find the courage to follow her dreams.

Detasseling by Tom Hietter, Los Angeles, CA
In Detasseling, a gay teen’s urgent desire to flee his small and stifling Midwestern town sets off a bittersweet and, at times, harrowing journey of self-discovery over the summer of 1985.

Bethlehem by Chris French, New York, NY
With a baby on the way, gay thirty-somethings in New York City struggle to reconcile their definitions of “family” with their Christian upbringings and parents’ expectations — in a modern retelling of the Christmas story.

The Queen of Harts by Gary Polston, Aliso Viejo, CA
Suffering an identity crisis, a famous drag queen returns to his southern roots seeking a more masculine way of life. He discovers the road to acceptance is full of bumps and leads to unexpected places.

Chris French (Bethlehem) spends much of the year at high altitudes. He runs the world’s largest club for LGBT skiers and snowboarders, exploring terrain from the Alps to the Andes. When he’s not in the mountains, he’s writing. Originally from rural Illinois, Chris currently lives in New York City.

Tom Hietter (Detasseling) has been working as a freelance Reality Television Writer/Story Producer for over 7 years. In 2007, he wrote and produced the feature comedy-mocumentary FELLOWSHIP OF THE DICE which won “Best Professional Film” at GenCon 2007 and a “Spewgie” for Best Geek Film of 2008.

Chris Mason Johnson, Writer-Director (Skirt) freelanced as a Script Analyst and Editor for Miramax, Dimension, Fine Line, ABC Family and Disney, and rose to the position of Head of Development at Open City Films in New York. In addition to Skirt, Johnson is developing Static, a psychological horror-sci-fi set in a small California town. He was a mentor in Film Independent’s Project:Involve and has taught screenwriting at Amherst College and Rutgers.

Gary Polson (The Queen of Harts) is an active member of the LGBT community. Raised in the backdrop of small town religious conservatism, coming out was an adventure that continues to bring smiles along with some great writing material. Gary lives in Southern California with his partner and their twenty pound cat, Monster.

Kate Stayman-London, Writer (Skirt) is a current candidate for an MFA in Writing for Film and Television at USC’s School of Cinematic Arts. Her first solo screenplay, a baseball sex comedy called Slump Busters, was awarded the Frank R. Volpe Scholarship and the National Association of Theater Owners Scholarship. Stayman-London has strong roots in playwriting: at Amherst College, she studied with acclaimed playwright Connie Congdon, and she’s currently writing the book for the next musical from this year’s Ovation Award winner, Erin Kamler.

Writer / Director Louise Wadley (The Trouble with E) attended the National Film and Television School in London. Her short films have played at festivals around the world. Her screenplay She Sells Seashells by the Seashore is a semi-finalist in the 2010 Nicholl Fellowship Competition. She is aiming to shoot The Trouble with e in spring, 2011.

Founded in 2010 to foster excellence in great GLBT writing for the stage and screen, Pride Films and Plays links an international network of writers with professionals working in film and theater.

For more information about the company, including details about the upcoming performances of the five finalists, visit www.pridefilmsandplays.com.

For tickets and information visit brownpapertickets.com or call 1800 838 3006.

We are searching for the best gay new GLBT play of the year! The Great Gay Play Contest is accepting entries through October 31. We will have 15 semi-finalists announced by the end of the year, and five finalists performed as staged readings in the Great Gay Play Fest at Center on Halsted the first week of March, 2011.

We hope this will become an annual event that will benefit theater companies and audiences everywhere.

The Great Plays of Terrence McNally

We are down to the final two readings in the Terrence McNally series.

His wonderful Corpus Christi is this Sunday at Mary’s Attic, 5400 NortH Clark, at 6 p.m.

The most controversial and talked about play of the 1998 theatrical season begins: “We are going to tell you an old and familiar story.”

But from that point on, nothing feels quite familiar again as McNally tells a story about Joshua, a gay man coming of age in Corpus Christi, Texas, that parallels the story of Jesus’ birth, disciples, death, and resurrection in a remarkable and unforgettable evening that deals with love, faith, marriage and more.

Our Celebrity Host is Fausto Fernos.

Our Celebrity Host is Honey West.

At the Ritz, the rates are low, the decor is rococo, and the clientele is congenial. Gaetano Proclo reasons this all-male bathhouse is the perfect place to hide from his murder-minded brother-in-law Carmine.

But what Gaetano and his fellow bathhouse patrons get is an exercise in wild, manic mayhem as he eludes “chubby chaser” Paul B. Price, entertainer Googie Gomez, and his wife Vivian. He also encounters The Ritz’ gatekeeper Abe, habituÃ© Chris, go-go-boys Tiger and Duff, detective Michael Brick, and his wife Vivian. The Ritz premiered in 1975.

Thanks to all the great actors and directors who worked on this series, and to Mr. McNally himself for sending his support along the way!

About Pride Films and Plays

Pride Films and Plays is dedicated to comprehending the history of great gay writing and fostering its excellence in new works for the stage and screen.

Pride Films and Plays, based in Chicago, links an international network of writers with professionals working in film and theater.