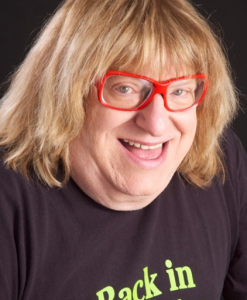 Manhattan’s robust cabaret community turned out to honor its own Thursday evening as the annual MAC Awards were presented at B.B. King Blues Club & Grill on 42nd Street.

The 54 Sings Series, created by Phil Geoffrey Bond and produced at 54 Below, took top honors for show of the year.

Top vocalist awards went to Gabrielle Stravelli for her performance at the Metropolitan Room and Stearns Matthews for his shows “Sneak Peak” and “Spark” at The Duplex.

Stacy Sullivan, creator of “On the Air: Songs of Marian McPartland” took the award for best major artist. “Revolution,” which ran at The Duplex, took the best revue trophy. And the award for impersonation went to drag artist Rev Roger Anthony Yolanda Mapes.

Singer/pianist Steve Ross, who reopened the Oak Room at the Hotel Algonquin in 1981 and has performed around the world since then, received one of the evening’s two lifetime achievement awards.

Belter Baby Jane Dexter received the other, and performed two songs after being introduced by Vilanch, who often opened for Dexter when she appeared at the nightclub Reno Sweeney in the 1970s.

The MAC Board of Directors award went to David Kenney, producer and host of the radio show “Everything Old Is New Again” on WBAI-FM.