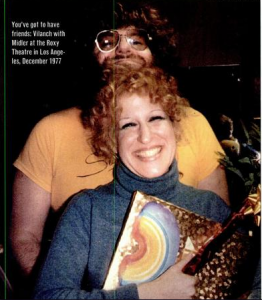 Bruce Vilanch, the so-called “Comedian for the Stars” who cut his dramatic teeth at Ohio State University and later in Chicago before making the trek to the coast, will bring his stand-up act to Zanies in Mount Prospect Thursday through Aug. 24.

Primarily a comedy writer and a lyricist. Vilanch has six Emmys under his substantial belt and has written for such heavyweights as Bette Midler, Lily Tomlin. Billy Crystal, Burt Reynolds and Whoopi Goldberg.

Plus, he’s penned gags for lots of awards shows, such as the Oscars, the Emmys, the People’s Choice awards and the American Comedy awards.

But can he cut it out there all by himself with just the microphone and his wits?