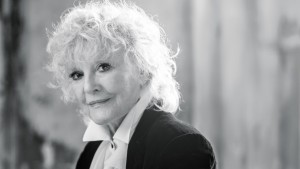 Bruce Vilanch is writing the libretto.

A Sign of the Times, a new musical that uses songs made famous by 1960s pop sensation Petula Clark “and other hit-makers of the day,” has announced the cast for its summer production at Goodspeed’s Norma Terris Theatre in Chester, CT.

Running July 29–September 4, the show has an original story by Richard Robin and an original book by comedy writer Bruce Vilanch. The score includes such period hits as “Downtown,” “Call Me,” “Don’t Sleep in the Subway” and “The Boy From New York City.”

Gabriel Barre will direct the musical, which tells the story of a young woman named Cindy who comes to New York in 1965. According to production notes, “Unexpected friends, lovers, careers, and conflicts are all a subway ride away in a pop-fueled new musical. Forget all your troubles, forget all your cares—go ‘Downtown’ and find out who you are!”

Cindy will be played by Ephie Aardema, who appeared in the Broadway production of The Bridges of Madison County and Goodspeed’s Terris Theatre production of Snapshots. Robert Lenzi from Broadway’s Tuck Everlasting and South Pacific will play Brian. Also in the cast: Bryan Fenkart (Broadway’sMemphis), Nick Bailey (Broadway’s Casa Valentina) and Crystal Lucas-Perry ( Little Children Dream of God at the Roundabout Theatre).

Here are the songs used in the show, along with the artist who recorded them and who wrote them: