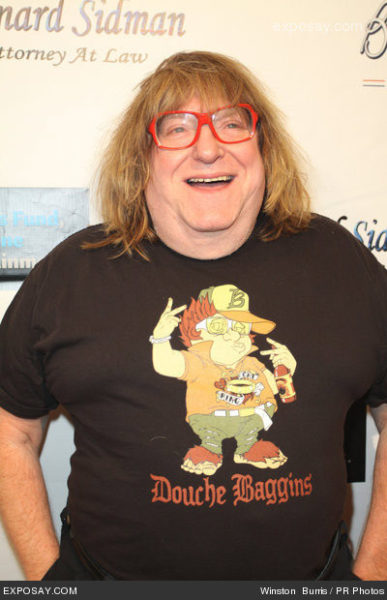 Reece Darhamâ€™s day is going to start around 4 a.m. on June 24 and end around 3 a.m. the following morning. Heâ€™s co-chair of the Stonewall Summer Pride board, meaning heâ€™s involved in every aspect of the event this year.

â€œIâ€™ll know we did well when I can finally put my head on the pillow, knowing that the Rainbow Business Coalition (RBC), Stonewall Summer Pride board, and the city of Wilton Manors have produced a community event that we can all be very proud of,â€ Darham said about his metric for success this year. â€œAnd knowing that weâ€™ll grow this into a major national event.â€

From the sheriffâ€™s office donating fire trucks for kids to paint to national headliners for the dayâ€™s concert, this year might indeed satisfy Darhamâ€™s hopes.

On Sunday, June 24, the Stonewall Summer Pride kicks off at noon and continues officially until 10 p.m. (unofficially into the night). The festival will run until 7 p.m., the Childrenâ€™s Park runs until 6 p.m. or so. At 7 p.m., the parade kickstarts. And at 8:30 p.m., the show begins. It all happens in Wilton Manors, along Wilton Drive.

The Childrenâ€™s Park, a spot for kids to come run wild, will be one of this yearâ€™s highlights, and geared toward a family audience.

â€œEven though itâ€™s a pride event, itâ€™s not necessarily a gay event,â€ Darham said. â€œWeâ€™re extending that to the community, the whole community. It allows for a separation of the adult playing area and the childrenâ€™s playing area.â€

Indeed, kids will have plenty to do, and maybe not enough time to do it all. Drew Miller is on the RBC board and was put in charge of the park. Since many of his friends are gay couples whoâ€™ve adopted or have had kids, he wanted to make sure this part of the celebration was perfect for them. The two big sponsors of the Childrenâ€™s Park are the Broward Sheriffâ€™s Office and the Florida Panthers. BSO is bringing a bounce house and a few fire trucks, one of which, the kids will be allowed to paint. The Panthers are bringing an inflatable hockey rink where kids can play the not-very-tropical-game. Theyâ€™ll also be bringing a video game entertainment truck.

And it doesnâ€™t end there. Thereâ€™ll be a spot where kids can drop paint on sheets of paper that are clipped to hinges that spin, appropriately called Spin Art. The finished pieces of art are the kidsâ€™ to take home. There will also be a slide in the shape of the titanic (honoring the 100th anniversary of the sinking), the back end of which will be seemingly sticking out of the ground. There will be a DJ spinning kid-appropriate music (canâ€™t have any part of Pride not complete with music). And there will be a trackless train riding kids around Wilton Drive between 4:30 p.m. and 6:30 p.m. It can take 16 kids at a time, and will join the front of the parade at 7 p.m.

â€œWe made the decision to have the children at the front of the parade so they can get through and get done early,â€ Miller said. â€œThe front of the parade would also be the most comfortable if there were any moderately clad individuals toward the back of the parade. We made an effort to be conscious of childrenâ€™s time to get home and get to bed, and for visual purposes.â€

Having the Childrenâ€™s Park is an important part of the pride event, Miller said.

â€œIt just normalizes our event to a place where thereâ€™s nothing different between our festival and, letâ€™s say, something like St. Patrickâ€™s Parade,â€ he said. â€œWeâ€™re just as normal as any other festival. It shows our and the communityâ€™s support.â€

Now that the kids are taken care of, thereâ€™s a lot more going on this year. Jennifer Holiday, for example, is set to sing on the North Stage at 6 p.m. And the entertainment at 8:30 p.m. is headlined by no other than Andy Bell of Erasure fame. Other performers include Johnny McGovern, Mary Griffin, Tiffany Arieagus, Champagne Bordeaux, and Electra.

This year will the pride eventâ€™s 13th anniversary. But Reece Darham said that the close-knit relationship that RBC has had with Wilton Manors, on everything from public safety to accommodations like parking and appropriately closed roads, will result in a huge event. He expects around 30,000 people to show up.

Of those, almost one thousand will be members of A Celebration of Friends, an international group of mature, LGBT men. The organization’s founder, president and CEO said he expects â€œfriendsâ€ from as far as Australia, South Africa and Japan to show up at the festivities this year.

â€œOur people â€” we have a lot people who normally come in from small towns. Theyâ€™ve saved their money all year to come this. Itâ€™ll be like a family reunion. It gives them a chance to kick up their heels,â€ said Tom â€œTomcatâ€ Pence. â€œWe have a lot of people who would normally not celebrate themselves.â€

Darham added that he hopes this reinforces and improves the LGBT communityâ€™s strong relationship with the city of Wilton Manors.

â€œWeâ€™ve worked tirelessly and exceptionally close to the city,â€ Darham said about RBCâ€™s push this year to partner with the city. â€œOn every level, weâ€™ve taken lessons from the past and implemented them for a great day.â€

The parade itself, thought to include about 600 people, will have Bruce Vilanch, the multiple Emmy-winning comic, as its Grand Marshal. Called a Twilight Parade due its timing, it will start at 7 p.m. on Wilton Drive and progress from 20th Street and run north to 5 Points.