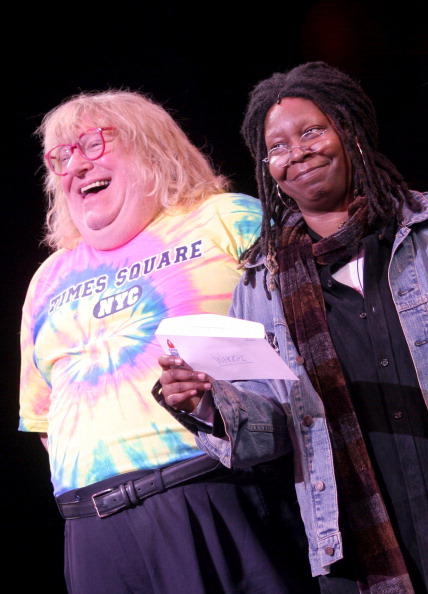 PROVINCETOWN â€” It was a long, fun-filled night for Whoopi Goldberg and Bruce Vilanch, who received more standing ovations than anyone could count as they repeatedly brought down the house. After two back-to-back, 90-minute comedy concerts that sold out Town Hall Sunday, Vilanch and Goldberg practically propped each other up as Goldberg received the 2012 Provincetown Care Award in honor of her commitment to raising awareness for and improving womenâ€™s health.

Shawn Nightingale Productions and Provincetown Cares worked together to put on the event, which raised money for the organization that promotes research, education, screening and treatment for breast cancer and other health issues for women.