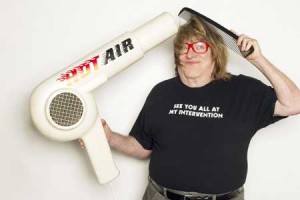 Who knew one theatre could contain so many celebrities?

Tonight is the 29th annual Southland Theatre Artists Goodwill Event at the Saban Theatre in Beverly Hills. This year’s AIDS fundraiser is called “Broadway My Way” and promises an amazing cavalcade of celebrities.

Rannells will be performing the song “What Kind of Fool Am I” from the musical Stop the World, I Want To Get Off, made famous by Sammy Davis Jr.—a star for which Rannells is often mistaken. Bruce will be doing a number from A Chorus Line but wouldn’t confirm or deny if it is “Dance: Ten, Looks: Three” aka “Tits and Ass.” Don’t worry about Vilanch’s ability to keep up with other performers, as he performed in Hairspray for over two years.

The S.T.A.G.E. performance is the longest-running AIDS benefit event in the world. Bruce told me that when he left rehearsal on Thursday, Florence Henderson was practicing her number, which involved a whip. Now if that doesn’t convince you to go, I bet it’s enough for Barry Williams.