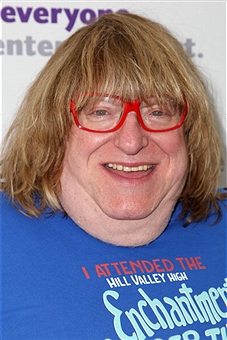 WILTON MANORS, FL â€“ This weekend, Stonewall Summer Pride announced their complete entertainment schedule for what will prove to be one of the greatest pride festivals South Florida has ever seen.

This year, six-time Emmy award-winning comedianÂ Bruce VilanchÂ will serve as the Grand Marshal of the Stonewall Summer Pride Twilight Parade, an extraordinary display of fabulous floats and costumes, which will begin promptly at 7pm on Sunday, June 24. The parade route will run along Wilton Drive, beginning on 20th Street and running north ending at 5 Points.

Vilanchâ€™s appearance at Stonewall Summer Pride coincides with his performance in â€œStanding on Ceremonyâ€, a collection of eight short plays on the subject of marriage quality. The performances run June 21-24 at the Broward Center for the Performing Arts. A portion of the proceeds from the performances will benefit Equality Florida.

Immediately following the parade, festival attendees are encouraged to gather round the main stage for exciting performances byÂ Johnny McGovernÂ – The Gay Pimp andÂ Mary GriffinÂ – Patti Labelle’s Secret Weapon. A very special performance byÂ Andy Bell, lead singer of Erasure will close out the festival. Misty Eyes will serve as the MC for the concert.

For the complete list of performers and show times, please visit:www.stonewallsummerpride.com

Stonewall Summer Pride comes to Fort Lauderdale on June 24 and is presented by the Rainbow Business Coalition and the City of Wilton Manors. The party begins at 12 noon when Wilton Drive comes alive with the Stonewall Summer Pride Street Festival which will feature live entertainment, over 125 exhibition booths and the Children’s Pride Park. The festival stage will feature entertainment all day long with a variety of acts sure to please the vibrant crowd.