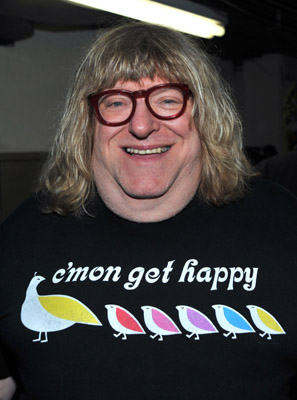 With his unmistakable presence â€” characterized by an obese figure, oversized red glasses, a shaggy blonde mane, and a scruffy, unkempt beard â€” Bruce Vilanch is one of Hollywoodâ€™s most colorful characters. Though known to many as an onscreen character player and comedian, Vilanch scored his most resounding successes as a gag writer for stand-up comics such as Bette Midler, Billy Chrystal, Lily Tomlin and Roseanne. He has became the the go-to writer for events such as the perennial Oscar, Grammy, Emmy, and Tony telecasts and has even hosted many awards show himself. Vilanch was one of the most infamous â€œHollywood Squaresâ€ on that classic gameshow, he played comic acting roles in features such as Diana Rossâ€™, 1975 Mahogany (as a fashion designer), the 1984 â€œIce Pirates,â€ the 1986 thriller, â€œThe Morning After â€ and the 2008 Adam Sandlerâ€™s, â€œYou Donâ€™t Mess with the Zohan.â€ On the side, Vilanch did frequent uncredited rewrites of Hollywood features and enjoyed a lengthy and productive tenure as a writer of features for the Chicago Tribune newspaper. Vilanchâ€™s professional mainstay, however, remained comedy writing. He was the subject of the all-star 1999 documentary â€œGet Bruceâ€ and hilariously played â€œEdna Turnbladâ€ during an extensive run of the Broadway musical â€œHairsprayâ€ to resounding critical acclaim.

Reserved Seating based on the order of purchase. Seats will be given up 10 minutes after showtime.

If you are joining a larger party please call the box office and give us the group name so we can make sure you are all seated together the night of the show. Thank you.