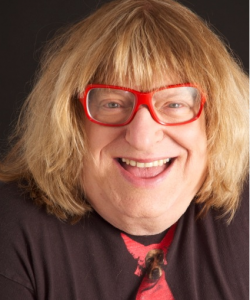 Chris Isaacson Presents in association with Ryan O’Connor has announced Upright Cabaret’s 9th Annual A Broadway Christmas. Hosted by six-time Emmy Award-winner Bruce Vilanch with musical direction by Gregory Nabours, there will be two performances only on Wednesday, December 17 and Thursday, December 18 at 8:30pm at the Catalina Bar & Grill in Hollywood.

Under boughs of holly and multi-media of silver and gold, stars and snowflakes will glitter as Upright Cabaret combines the Best of Broadway with the Carols of Christmas. Along with the extraordinary vocal talent of the performers, brassy horns and sentimental strings will create a wonderland of cheerful songs and melodies guaranteed to bring on the holiday spirit.

Host Bruce Vilanch is best known for his work as a writer on 23 Oscar telecasts. He spent six years on The Hollywood Squares and played Edna Turnblad in Hairspray on Broadway an on tour across the U.S. Musical director Gregory Nabours is a composer/lyricist and music director who recently had an evening of his original work performed at the Kennedy Center in Washington, DC. He is a founding member of the Coeurage Theatre Company and is the winner of two Ovation Awards, and LA Drama Critics Circle Award, an LA Weekly Award, and the NAACP Theatre Award.

Upright Cabaret’s 9th Annual A Broadway Christmas will take place at the Catalina Bar & Grill, 6725 Sunset Boulevard, in Hollywood. Tickets are $25 and $30 with a $5 discount on purchases made by December 10. VIP packages are available, and tickets purchased online receive priority seating. Single entrée or drink minimums apply. Go to www.TicketWeb.com or www.ChrisIsaacsonPresents.com or call (866) 468-3399.

Chris Isaacson Presents is currently nominated for four BroadwayWorld.com Awards for its presentation of concerts this past year starring Laura Benanti, Danny Gurwin, Jeremy Jordan, and Jennifer Holliday. For more information about this and other CIP events including evenings with Mandy Gonzalez and Molly Ringwald coming up in 2015, visit www.ChrisIsaacsonPresents.com.