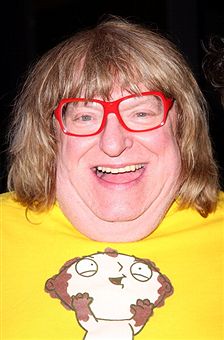 Hardly on his OWN… Prince gets a royal welcome

Sir Ivan is giving a royal welcome to India‘s Crown Prince Manvendra Singh Gohil at his Hamptons castle on Aug. 27. The eccentric philanthropist and recording artist will host a private reception for the prince to welcome him to the New York area that evening. The event will be taped by Oprah Winfrey‘s OWN TV. Sir Ivan also will debut his latest electro-pop single, “Hare Krishna,” at the fete.

Other events to be filmed for the OWN network include the prince’s Aug. 30 Guild Hall event in East Hampton, hosted by Bruce Vilanch, titled “A Royal Night Out.” It will benefit the Lakshya Trust for AIDS/HIV awareness. Tickets are available at the site guildhall.org.

John Legend doesn’t travel light. The singer and his girlfriend, Chrissy Teigen, had a technical difficulty on their way to the Express Rocks! Suites at the Hard Rock Hotel Chicago on Sunday. Legend’s large entourage had piled into an elevator, but a source says the group proved to be more than it could handle. The lift stalled for over five minutes, and when it finally started moving again, the crooner’s bodyguards hopped out on the next floor to lighten the load.