The Pittsburgh Times
Chelsea Handler to entertain in Pittsburgh
By Staff Reports
Posted Feb 8, 2018 at 9:10 AM 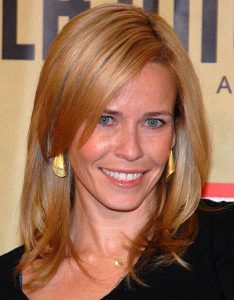 PITTSBURGH — Chelsea Handler will perform April 4 at the Benedum Center.

Tickets start at $39 available at TrustArts.org and the Box Office at Theater Square for the 7:30 p.m. benefit for the Delta Foundation of Pittsburgh, the region’s leading lesbian, gay, bisexual and transgender organization. Tickets also can be purchased by calling 412-456-6666.

“An Evening with Chelsea Handler” will be hosted by six-time Emmy winner Bruce Vilanch, who for quite a few years could be found on “Hollywood Squares” to the left of Whoopi Goldberg (“if that’s possible” according to his bio).

After a successful 10-year career in TV, Handler ended her most recent talk show, “Chelsea,” and last October announced she would pursue political activism.

She has authored five books that have made the New York Times Best Seller List, four of which reached number one. She also writes columns for Cosmopolitan and NOW, a UK celebrity magazine. She was the host of the 20th annual GLAAD Media Awards and received the “Ally for Equality Award” from the Human Rights Campaign, and was named a Grand Marshal of LA Pride.