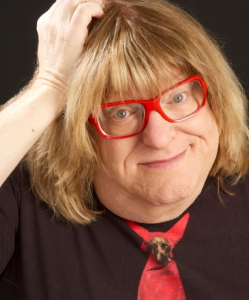 Using Stoli Vodka as their primary ingredient, participants in 14 cities across North America will create an original cocktail for a panel of local celebrity judges, who will evaluate the drinks on uniqueness, taste and appearance. Aside from being crowned the 2015 Cocktail Classic Champion, the winner will ride in the Key West Pride Parade as the Honorary Grand Marshall and receive $5,000 for a LGBT or LGBT-friendly charity of their choice.

“It is an honor to host the Stoli Key West Cocktail Classic, North America’s largest annual LGBT cocktail competition,” said Patrik Gallineaux, the national LGBT Ambassador for Stoli. “Our community’s hard-working nightlife professionals often do not receive the recognition they deserve. It is amazing to see what our nation’s bartenders can do with their imagination, their cocktail shaker and Stoli THE Vodka!”

In partnership with the Key West Business Guild, an organization of LGBT-owned and LGBT-friendly businesses in Key West, the competition will be hosted by Gallineaux and TV personality Jai Rodriguez. It will also feature a panel of celebrity judges including clothing designer Andrew Christian; legendary funnyman Bruce Vilanch; actress and singer LaToya London; and Key West personality and star of the annual New Year’s Eve High Heel Drop, Sushi.

“The LGBT community has some of the most inventive bartenders in the country,” said Matt Hon, executive director of the Key West Business Guild. “Through the Key West Cocktail Classic, they’re getting the opportunity to showcase their creativity and put a spotlight on the community. Key West, especially during Pride week, is the perfect stage to recognize them and the contributions they make to nightlife.”

The cocktail classic will take place at 14 events in the following participating cities:

A maximum of seven bartenders will be selected to participate in each local event. For more information about the Stoli Key West Cocktail Classic including how to apply, rules, guidelines and the full schedule of events, visit www.gaycities.com/cocktailclassic.

About Key West Business Guild
The mission of the Key West Business Guild is to promote LGBT travel to Key West through marketing and the promotion of specialty events; to support gay-owned, gay-managed, and gay-friendly businesses; to strengthen the Gay community’s position within the local community by supporting relevant LGBT issues. The KWBG was founded in 1978 by 8 local gay business owners and has grown to approximately 400 members, which work together to continue efforts to brighten the rainbow over the island, an island now known as Gay Key West. Promotion of events, such as Key West Pride, Tropical Heat and Womenfest, has made Key West a year-round LGBT travel destination.