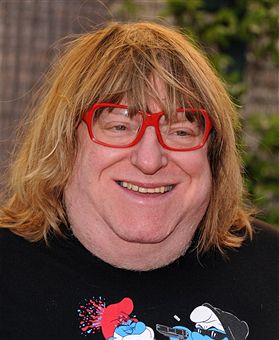 This year’s celebrity guest will be Bruce Vilanch, a six-time Emmy winner and one of Hollywood‘s most sought-after comedy writers, best known as a celebrity panelist and head writer for “Hollywood Squares.”

Opening night will kick off Sept. 16 with a reception featuring Vilanch, where he will introduce his film “Get Bruce,” followed by a question-and-answer discussion. Vilanch will perform a stand-up act on Sept. 17.

“Hollywood to Dollywood” executive producers, lead actors Mike Bowen and identical twins Gary and Larry Lane, will close out the film festival on Sept. 22 with a question-and-answer discussion, followed by a Dolly-themed after-party hosted by The Korner Lounge.

Other films during the week-long festival include “Undertow,” “Wish Me Away,” “Hollywood to Dollywood,” “Leave it on the Floor,” “Gen Silent,” “Thy Will Be Done” and a collection of original submission short films.

A pre-festival event will be held Sept. 15 at minicine.

Festival passes and individual tickets will go on sale Aug. 15 at the Robinson Film Center, 617 Texas St., Shreveport. Tickets will also be available by phone at 459-4122 and online at www.rob

.com before Monday to become a sponsor.