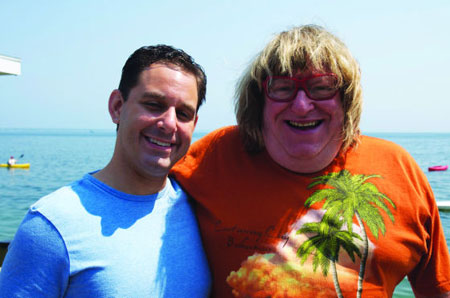 On the Nov. 9 installment of the ABC show Shark Tank, out comedian/actor/writer Bruce Vilanch and openly gay entrepreneur David Cox, founder of “The MAC Guru” and “PC Classes Online,” will appear, according to a press release.
Cox was chosen from more than 30,000 potential contestants for the show, often called the “American Idol of Business.” He splits his time running both businesses between Provincetown, MA and Key West, FL with his husband, Allen Gallant.

One of Vilanch’s most recent endeavors is guest-starring in Scrooge & Marley, a locally filmed gay take on A Christmas Carol. The film, which Judith Light will narrate, will premiere at Chicago’s Music Box Theatre Nov. 29.