WestWord
Comedian Bruce Vilanch on being more than a gay caricature
By Josiah M. Hesse Thu., May 16 2013 at 8:34 AM 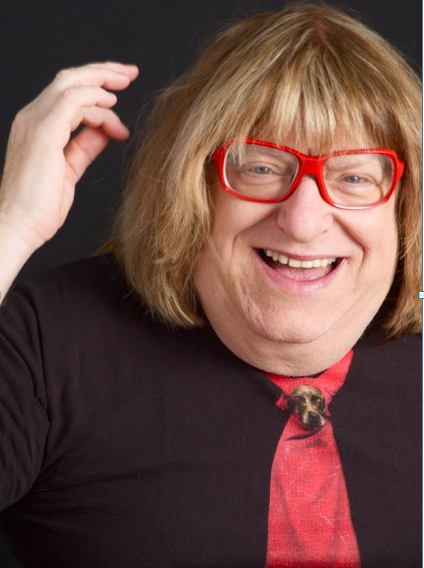 Comedy writing pioneer Bruce Vilanch is bursting with gayness. One of the first openly gay comedians, he’s known for his continuing role on Hollywood Squares and as a head writer for the Academy Awards show, as well as writing jokes for Bette Midler, Elizabeth Taylor, The Brady Bunch, Donnie and Marie, and Lily Tomlin. (He’s also one of the criminals responsible for the atrocious Star Wars Holiday Special, but we’ll get into that later.)

Vilanch will be featured this Friday at Tracks Gay Comedy Night with Chuck Roy and Hippie Man. In advance of that appearance, we touched base with this iconic joke machine to chat about gay history, Comedy Central roasts and, inevitably, that awful Star Wars movie that everyone has tried so hard to forget about.

Westword: Even though it often gets overlooked for places like San Francisco or New York, it seems that Denver does have a significant place in gay history. Did you ever come through here when you were on the road in the ’70s and ’80s?

Bruce Vilanch: I was there when I toured with Bette Midler, and every show we did was a gay pride show in one way or another. We played Red Rocks in ’73, and Fiddler’s Green — all the outdoor venues, because it was such an outdoor act. So yeah, I’ve seen it evolve over the years. But you’re right: Everything lives in the shadow of San Francisco.

With so much of gay history being routed in the entertainment world of bars and cabarets, was there any standup comedy in there, particularly during the years you were coming up?

Not really. There was some, but not very much in the ’70s and ’80s. There were a lot of cabaret performers, who had a very gay style. I wrote for a lot of them; many were drag queens. Like Waylon Flowers, who had a drag queen puppet. But when the big comedy explosion happened in the ’80s, it was such a straight thing. So many people were still in the closet, and those clubs were a bastion of heterosexuality. The jokes were about dating girls and all that, so it was hard for a gay comic to be popular. But there were a few who broke through. Jason Stuart was one of the first ones.

Looking back, there was a significant amount of homophobia in the jokes that were popular at that time, like Sam Kinison’s AIDS jokes, or even Bill Hick’s bit about lesbians. Do you think that kept a lot of gay comedians in the closet?

Yeah, they were scared it would be a hostile environment. They didn’t want to be a part of it.

You still see some of that today in places like the Comedy Central roasts.

Yes, but many young people today aren’t bigots, because they don’t see people through the same lens. They don’t see the humor in it. So it’s slowly dying away. Now that an NBA player has come out, it’s more difficult to make those kinds of jokes. There will always be jokes about “types,” jokes about ethnicities, women, men — you can’t bleach the humor out of everything in the world, and someone will always be offended by something. But one of the things that is going away is the time-honored joke about being mistaken for being gay. Because what does it matter now?

But you were an out comedian a time when that did mean something. I was just listening to an interview with David Sedaris, and he was saying that in 1960s North Carolina it was literally the worst label you could have, saying he saw someone on TV he thought might be gay, but then assumed that person wasn’t because they wouldn’t allow a gay man on television.

Well, I grew up in New York, so it wasn’t the worst thing. New York was more sophisticated and more diverse. In North Carolina it might’ve been the worst thing, because that was the Bible Belt. The last bastion of homophobia is religious bigotry. The last argument left against same-sex marriage is religion. So if you come from a place like the South, in the era where David grew up, then of course it was the worst possible thing. But I came from New York, where being a Nazi was worse. Hands down.

When you started writing for movies and doing Hollywood Squares, was there complete comfort with being an out comedian?

I inherited what I call what I call Paul Lynde’s chair. There was always a gay presence on Hollywood Squares — but it was known as “the wacky neighbor,” “the eccentric uncle,” it was always unspoken. We all knew that these guys were gay — like Richard Simmons, Rip Taylor, Charles Nelson Reilly — they all did a certain kind of gay character. But they never referred to their sexuality. I was one of the first to actually talk about it, talk about guys I was dating.

I got in a lot of trouble with that, a lot of the affiliates in places like Texas didn’t want to hear any of that. I would get feedback from the producers saying that the guy who runs a station in Waco, Texas, called saying, “He’s very funny, but why must he be so gay?” But those were usually the same people who called about Whoopi and asked, why must she be so black?

That’s part of the reason Ellen DeGeneres‘s sitcom got cancelled. She’d told the network that as soon as I come out, who am I going to date on the show? I’m going to have to start dating other women. Why don’t you just take the show off the air after the coming-out episode, because you’re not going to be happy. And they said no, that the ratings were too great. Well, exactly what she prophesied came to pass — six months later they dumped the show. And it was for all the reasons she said they would.

Beyond your character, you’re known primarily for writing jokes for other comics. And while I don’t want to say there’s a specifically gay personality type, there often can be a kind of gay comedy style. Did you inject any of that flavor into the jokes you were writing for straight comics?

Probably. But it wasn’t deliberate. It was probably just the mindset I was in. Some of the things I wrote for Whoopi had a certain gay slant. We had one joke on the Oscars after she’d dressed as Queen Elizabeth, and she said, “Sorry, I had to get out of that costume. You can’t rush a queen — if you’ve ever had you’re hair done, you know you can’t rush a queen.” So it was a joke about how all gay people are hairdressers. It was a joke in quotes. I’ve done that here and there.

I certainly did that when Bette was starting. The voice that the Divine Miss M had was the voice of a gay man. Which was what made her so entertaining, among other things. You didn’t hear a woman speak like that — you heard a lot of men speak like that, if you were paying attention. One of the reasons she was attracted to that, was it was about being on the outside looking in. As a woman she was on the outside looking at all the beautiful people saying, “I’m beautiful too, you just don’t know it yet.” And that’s a very traditional gay thing, and a traditional Jewish thing: I can’t be a part of your world, so I’m going to create my own world.”

You’ve also written a lot for Robin Williams, and it seems like that gay flavor of comedy works very well for him, too. Even though he’s a straight male.

That’s true, he does have that attitude. I was going to say he’s pansexual, but that’s not quite right — he’s Peter Pan-sexual. He adopts all kinds of attitudes. And when he suddenly spews them out they’re fully formed characters. You know exactly who that guy or that woman is that he’s doing, but he’ll only give you two lines. It’s an entire character in two lines, and then he’ll move onto the next one — that’s his genius.

There’s one thing I want to touch on that has nothing to do with gay culture, it’s more for my own personal curiosity: You were involved in writing The Star Wars Holiday Special.

God yes, and proud of it!

Sure. I’m writing a book write now, and I’m thinking of titling it: How I Wrote the Three Worst Television Shows in History. There’s The Brady Bunch Variety Hour, which is a work of rare art. And there are so many vying for third place. They tend to be the ones I hear the most about from people. They look me up on IMDB and say, “Oh, my god, you did that? That was so awful!”

As a big Star Wars geek, one of the many failures that stands out to me about The Holiday Special is the idea — whoever was responsible for it — that a family of wookies could be entertaining in a domestic setting. I mean, the first twenty minutes of the film has no English dialogue, it’s all wookies grunting at each other. Who thought a wookies could carry a movie with lead roles?

That was George Lucas’s idea. I’ll probably tell the story on Friday night. George had about ten stories ready to go, and six of them he sold off as films, and The Holiday Special was the last one left in the pile. I don’t think even he thought it was going to be done anywhere.

He buried it forever, but then people put it on the Internet. So a whole generation of kids who had grown up watching the first three movies on their VCRs discovered there was this thing they never knew existed, that was done before many of them were probably born. And they looked at it and said, “Holy shit! What a desecration — how could he!” And they went after him for it. Chatrooms were lit aflame.

Bruce Vilanch will perform with Chuck Roy and Hippie Man at 8 p.m., Friday, May 17, at Tracks, 3500 Walnut Street. Tickets are $20: for more information visit www.tracksdenver.com